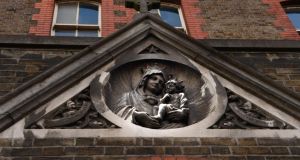 Survivors of the Magdalene laundries have described as ’utterly pointless’ a reported recommendation that there should be a reconciliation forum between them and the religious orders who ran the institutions. Photograph: Cyril Byrne / The Irish Times

Survivors of the Magdalene laundries have described as “utterly pointless” a reported recommendation that there should be a reconciliation forum between them and the religious orders who ran the institutions.

A reconciliation forum and mediation are among a number of recommendations RTÉ has claimed are in the report prepared by a retired High Court judge, appointed to advise the Government on a redress scheme for women and girls held in the laundries.

The national broadcaster suggested that under the proposed forum survivors and nuns from the four religious orders who ran them could meet and discuss their experience.

But one of the organisations representing some 75 survivors has insisted they will not participate in any such forum which was a repetition of a process their members had been prepared to go through two years ago but which the religious orders refused to participate in.

Speaking for Magdalene Survivors Together, Steven O’Riordan said the women he had spoken to yesterday were “very upset at the idea of going through another process and meeting the religious orders”.

He said they had made very clear that they would not be participating in such a process or meeting the nuns involved.

Sensitive issue
The women were also very upset about the leaking of elements of the report on such a sensitive issue and the “best thing the Government could do now is to immediately publish the entire report without any further delay”.

A Department of Justice spokeswoman could only say, however, that “the report has been received and is currently being considered and will be submitted to Government shortly”. She declined to define “shortly”.

Mr O’Riordan said what the women were interested in now was “what compensation package, if any, has been proposed and what are the recommendations about a national monument and a national museum” which survivors had proposed.

Mr O’Riordan said that in 2011 there was a proposal that a justice and reconciliation process would run in conjunction with the McAleese report process into the laundries. Some 10,000 women and girls entered or were placed in the laundries between the 1920s and 1990s, when the last laundry closed.

Orders refused
He said 25 members of Magdalene Survivors Together agreed to participate in the process but the religious orders had refused as had most other survivor groups.

“It would be pointless” for the women to participate now. “What has changed since 2011,” he asked.

The women had received an official State apology which they warmly welcomed and they were happy with and equally satisfied by the McAleese report, prepared by an inter-departmental committee chaired by former senator Martin McAleese.

The report was published earlier this year and Minister for Justice Alan Shatter then appointed former judge Mr Justice John Quirke to investigate the most appropriate form of compensation scheme for the women.

1 Midlands lockdown: Movement restrictions in place for residents of Kildare, Laois and Offaly
2 Coronavirus in Ireland: Four more deaths and 98 new cases reported
3 Main points: What restrictions have been imposed on Kildare, Offaly and Laois?
4 Masks Q&A: Who has to wear them in shops and what happens if you don’t?
5 Warning of ‘economic meltdown’ in Kildare
Real news has value SUBSCRIBE