Zappone tells Seanad over 1,100 reports received – but no evidence of ‘anticipated spike’ 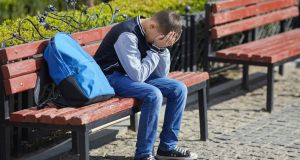 When mandatory reporting was introduced on December 11th, Tulsa said it could not be precise on how the policy change would affect its workload. File photograph: Getty Images

The introduction of mandatory reporting of child abuse has not had a negative impact on children’s services, Minister for Children Katherine Zappone has said.

She said she had received an update from child and family agency Tusla following the introduction of mandatory reporting six weeks ago.

“The leadership of Tusla say that just over 1,100 mandated reports have been received,” she said. “Even with the health warning that the figures are preliminary, it is clear that the anticipated spike has not yet happened.”

When it was introduced on December 11th, Tusla said it could not be precise on how it would affect its workload.

Tusla’s budget has risen by €40 million to €753 million, allowing for the recruitment of an additional 300 staff.

Ms Zappone told the Seanad on Thursday there was no room for complacency and she had asked her officials to provide her with constantly updated figures to allow a response to any increases which might occur.

Robbie Gallagher (FF) said while he welcomed the introduction of mandatory reporting, resources had been, and remained, an issue for Tusla.

“Mandatory reporting could increase the number of referrals to Tusla by an estimated 150 per cent,” he added. “I know the Minister has given some preliminary figures that would contradict that, but it is very early days.”

Catherine Noone (FG) said the introduction of mandatory reporting was “a very significant milestone” in child protection. “Two decades have passed since it was first suggested and it is difficult to understand why it took this long,” she said.”