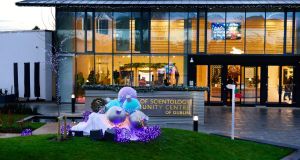 It would be difficult for the Government to do anything about a controversial drug rehabilitation treatment centre if people go there “of their own free will”, Taoiseach Leo Varadkar has said.

He acknowledged the “worries and legitimate concerns” of the people of Ballivor, Co Meath about the proposed opening of a Narconon centre there.

Narconon is closely associated with the Church of Scientology and has been sharply criticised for its controversial practices, which include lengthy saunas and vitamin treatments.

But Mr Varadkar said the Government might not to be able to do anything in relation to the proposed establishment of a drugs rehabilitation centre by the Church of Scientology.

Planning permission is being sought to allow a former national school operate as a drugs rehabilitation centre.

He stressed that Ireland “is a free country which guarantees free association to people and citizens, so I am not sure whether the Government can do anything if it has planning permission for the centre.”

He was responding to Sinn Féin leader Gerry Adams who asked if there was a way to allay the concerns of local people. He pointed out that his colleague and local TD Peadar Tóibín said there was no provision in legislation for the regulation or inspection of residential treatment or rehabilitation centres specialising in addiction.

Mr Varadkar said that “if people are there by free will and their own decision and they are not been detained against their will, it is difficult to know what actions the Government can take”.

He said he would speak to his public representatives in the area to see if a way forward could be found.

Last week Fianna Fáil TD Shane Cassells raised concerns about the centre in advance of a protest by local residents outside the proposed centre.

Mr Varadkar said then: “I am absolutely of the view that the only people who should provide addiction services are those who are appropriately qualified and licensed to do so.”

He added that on occasion addiction services are provided by religious groups. “I know that a number of Catholic groups provide alcohol counselling services and do so very well.”