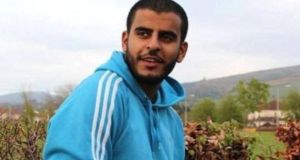 There were heated exchanges in the Dáil in a row over the Government’s handling of efforts to secure the release of Irish citizen Ibrahim Halawa from jail in Egypt.

The 19-year-old has now gone on hunger strike after almost two years in prison.

Sinn Féin deputy leader Mary Lou McDonald claimed the Government’s approach to securing the teenager’s freedom was “tepid” at best and said the Taoiseach should “lift the phone today to contact the Egyptian prime minister today and state categorically that we demand the release of our citizen and Dublin man Ibrahim Halawa”.

Stressing that the teenager was Irish, Ms McDonald asked Tánaiste Joan Burton to back her call for Enda Kenny to intervene directly in the case, where the teenager was arrested with three of his sisters, who were released shortly afterwards, in a mosque in Cairo, during the Arab spring protests.

The Sinn Féin TD also asked if the Tánaiste supported Amnesty International’s intervention and agreed Mr Halawa was a “prisoner of conscience”.

Ms McDonald said the Halawa family “are not convinced that the Government has acted fully and appropriately to secure Ibrahim’s release”.

The Tánaiste said Irish officials worked extremely hard and the Minister for Foreign Affairs and the Taoiseach met the family.

One of the approaches was a bail application, she added, which could be accepted. His case in a collective trial, delayed four times, is due before court again on August 2nd.

Ms Burton also commended Amnesty International for the interest it had taken in the case.

But she said Egypt had a separate legal system and “there has to be some respect for the legal processes of that country”.

Ms McDonald pointed to the direct intervention of the Australian prime minister to secure the release of an Australian journalist.

Later, Minister for Foreign Affairs Charlie Flanagan said himself and the Taoiseach were told last week that Mr Halawa was considering hunger strike.

They were informed at a meeting with his father and two of his sisters and appealed for him to reconsider.

In a Dáil debate, Mr Flanagan said he was aware what the 19-year-old from Firhouse in Dublin was considering.

“I advised against this course of action saying it was unlikely to serve any positive purpose in his trial and would, obviously, be detrimental to his health,” he said.

“This view is shared by Ibrahim’s lawyer who has given him similar advice. I am asking Ibrahim to maintain his health by taking food.”

Fianna Fáil Senator Mark Daly, who sits on the Oireachtas Committee on Foreign Affairs and Trade, said its members had proposed to the Department on Wednesday that a delegation travel to Egypt to meet Mr Halawa.

“They are checking out with the Egyptian authorities if we would be allowed visit him in prison,” he said. “[This should happen] as soon as possible, otherwise in the next couple of weeks or coinciding with the next court case on the first Sunday in August.”

The delegation is proposing that it arrive on the day Mr Halawa and about 420 co-defendants are due to have their case heard although his family anticipate further delays due to the potential retirement of the trial judge.

Mr Daly said the “quiet diplomacy” pursued by the Government had proven ineffective and it was now time to press the matter with Egypt.

On Thursday afternoon, the Taoiseach said: “Whether I like or whether I don’t, it is the legal system of Egypt which applies here and I would be very careful not to say anything or to do anything that would make the situation worse.”