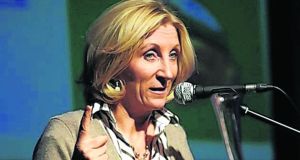 The Environmental Protection Agency (EPA) has been accused in the Seanad of failing to act as a reliable pollution watchdog for the public.

Independent Senator Mary Ann O’Brien hit out at the agency and asked “what is the point of the EPA if it is not bringing to heel industrial polluters who are profiteering on the back of our citizens’ health?”.

She said hazardous waste facility Enva in Portlaoise, which processed waste oil from around the world, gave details in a memo of releasing a carcinogen, benzene.

Local residents had been complaining for up to 15 years about the “disgusting, unbearable smell coming from the plant and about symptoms including wretched headaches, nausea and weakness caused by emissions”.

In 2011, the EPA found Enva in breach of its licence but Enva disputed the findings and “no action was subsequently taken”, she said.

Ms O’Brien said that in many cases the EPA had chosen not to believe the concerns of citizens and labelled them “as nuisances, moaners or cranks”.

The Taoiseach’s nominee was speaking during debate on the Environment (Miscellaneous Provisions) Bill which also controversially includes extensive provisions relating to Irish Water and water charges, which the Opposition claimed should have been dealt with in a stand-alone Bill.

The legislation was passed by the Seanad yesterday following its passage through the Dáil last week and now goes to the President for signing into law.

Ms O’Brien had called for publication within 60 days of the commencement of the legislation of a report on the repeal of provisions which provide for the indemnification of the director general, directors and other persons in the EPA.