Fine Gael TD who voted against Government on abortion, hits out at Reform Alliance 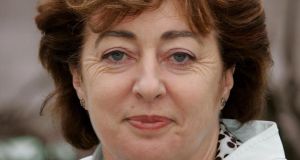 Catherine Murphy: Independent TD said annual burden of servicing the national debt is only slightly less than the entire first, second and third-level education budget for the year.

Ireland’s national debt is rising €1,000 every second and the taxpayer will spend €8.54 billion this year servicing that debt, the Dáil has heard.

The annual burden is slightly less than the entire first, second and third-level education budget for the year, said Independent TD Catherine Murphy.

She said the European Commission, the ECB and others say “Ireland is fine” but it was not fine and would not be “until we get to grips” with the debt, most of which “was imposed on us”.

Describing it as the “elephant in the room”, she said the debt had to be dealt with for any possibility of recovery.

She reminded the House that “Germany would not be the powerhouse it is today were it not for the generosity of the United States, France and Britain and their absolute act of solidarity”, in the aftermath of the second World War. The Kildare North TD said half of Germany’s debt was written off and the remaining debt was scheduled to be repaid over a longer period.

Speaking during a debate on the Government’s priorities, Ms Murphy said Ireland’s debt was 120 per cent of GDP but “the more realistic GNP figure is 145 per cent, which in anybody’s terms is unsustainable”.


Reduce the deficit
Minister for Finance Michael Noonan said that by continuing to reduce the deficit the Government would stop adding to the debt. Gross debt levels at over 120 per cent of GDP were very high but “they will peak this year and the net debt position is just below 100 per cent”.

He added that when the equity stakes in the banks were taken account of, the figure was much closer to the EU average of 75 per cent net debt to GDP.

During the debate Fine Gael TD Brian Walsh hit out at former colleagues now in the Reform Alliance. He said that when he lost the party whip after he voted against the Government on abortion, “I could have become bitter as others have done, and I could have borne a grudge”.

Sniping
The Galway West TD, who is seeking re-entry to the parliamentary party, said: “I could have spent the next two years sniping at the Government benches and touting populist policies in the interest of self-promotion rather than the common good”.

Mr Walsh said he would be “reneging on my mandate were I to suddenly start opposing difficult Government decisions taken in the national interest just because I had a disagreement with the Government over one Bill”.

“It never ceases to amaze me how politicians in general can so easily shift and change their positions depending on prevailing circumstances.”

He asked how they could support the Government for two years in all its difficult and unpalatable choices and “then suddenly assume chameleon-like status and regularly oppose the very same Government policies and start engaging in the politics of populism”.