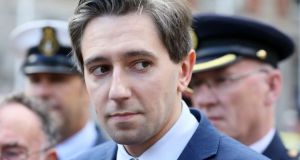 Almost three years after it was first introduced in the Seanad controversial legislation to combat problem drinking has been passed by the Dáil.

Applause greeted the passage of the Public Health (Alcohol) Bill, which will now go back to the Seanad for final consideration.

The rural Independents group called a vote to object to the legislation’s passage but in the end no vote was taken as fewer than 10 TDs supported the call.

There was applause too for former ministers of state Marcella Corcoran Kennedy and Róisín Shortall, and for Independent Senator Frances Black, when Minister for Health Simon Harris paid tribute to them for their work.

Mr Harris described the Bill as “groundbreaking legislation” because for the first time in the State’s history they had used public health policy to deal with alcohol.

He said Ireland’s relationship with alcohol was not good. “It damages our health, harms families and harms society.”

The Bill introduces minimum unity pricing, segregation of alcohol from other products in retail outlets, advertising restrictions and a broadcasting watershed.

During the debate Opposition TDs were repeatedly urged not to filibuster in the debate on the legislation which had been subject to intense debate and division.

Mr Harris reminded TDs that the legislation had been more than 3,000 days in the Dáil and Seanad.

Failed amendments included a bid to overturn the measure to ban alcohol advertising within 200 metres of a school, crèche or playground.

Mr Harris said the measure was about “making sure we protect children from alcohol advertising”.

It also bans advertising in or on public service vehicles, bus stops or train stations.

The Bill also bans advertising in parks and at sports events where children are in the majority.

Sinn Féin TD Louise O’Reilly had called for the phasing out of alcohol sponsorship by the end of 2023 but the amendment was rejected.

Mr Harris said: “What I am proposing in this Bill is that we make a start in the provisions that we have outlined that protect children in sport, we are proposing that we would then with the built-in review to this legislation within three years of commencement that we would then return and that sports sponsorship could be looked at as part of that review.”

He added that he would “like to see us go further in the future” and that sports sponsorship would be “revisited” in the review.

Independent TD Michael Healy-Rae said it was the “demonisation of an industry” and “there is nothing wrong with promoting alcohol in moderation”.

Rural TDs objected to the ban on adverting for distilleries and craft breweries. Danny and Michael Healy-Rae and Fianna Fail TD Kevin O’Keeffe claimed directional signs with the brewery’s name on them would be banned on that basis and tourism would be affected.

The Minister said signs were allowed, but not advertising, and Sinn Féin TD Jonathan O’Brien questioned why they were still debating this and that tourists would have the benefit of GPS to assist.