At least 30 suicides among Travellers this year, politicians told 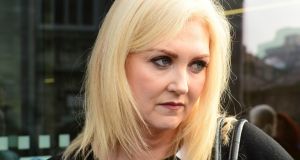 There have been at least 30 deaths by suicide in the Travelling community in the first eight months of this year, the Irish Traveller Movement has said.

Organisation director Bernard Joyce said the figure, which is likely to be “underestimated”, is based on anecdotal reporting to its network in Dublin, Cork, Tipperary, Limerick, Wexford, Clare and Kerry.

Mr Joyce was before the first meeting of the Oireachtas Joint Committee on Key Issues affecting the Traveller Community on Tuesday.

“There has been a steep rise in the incidence of suicide in the last five years with a distinct emergence against Traveller women,” he said.

“The last two years in particular is a cause of grave concern, where female deaths have included children as young as 14 years and reports suggest increases among females in their late teens and early twenties.”

Mr Joyce said the incidence of suicide in the community is “outrunning the very slow progress to date of limited strategies” such as Connecting for Life, the national strategy to reduce suicide .

“The policies and strategies to address Traveller mental health are disconnected and lack a priority focus given the context and scale of the problem and there is no ring-fenced resourcing,” he added.

“This is additionally complex as actions are dispersed across departments, there is no advisory group overseeing implementation and progress and supporting data collection is inadequate.”

Patrick Reilly a mental health worker with Pavee Point said the situation is “beyond crisis point” and that suicide has become part of the Travelling community’s “everyday reality”.

“Traveller organisations alone cannot take the burden of addressing these issues. We have done our part in responding to this crisis by developing local responses within existing budgets which are already under-resourced,” he added.

Mr Reilly said a “well-resourced and co-ordinated” strategic national response with all key stakeholders, including the Department of Health, is “urgently required”.

Dr Brigid Quilligan, of the Kerry Traveller Health Community Development Project, said the group consulted with 61 individuals ahead of the committee.

“The findings are that the Traveller community in Kerry feel under siege externally and internally, and their mental and physical health is suffering,” she said.

Martin Reilly, of the National Traveller Mental Health Network told the committee he lost his son-in-law to suicide over three years ago and that his family did not have anywhere to turn for support.

“I was torn from shred to shred because I had nowhere to go,” he said.

Minnie Connors from the Wexford Traveller Development Group said there had been number of suicides in her family and that Travellers have “little confidence” the Committee will make “any difference” to their lives.

The committee was adjourned until Tuesday, October 8th.