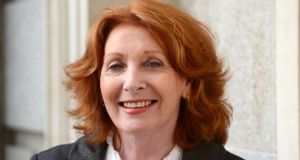 Former Labour TD and junior minister Kathleen Lynch has announced she will not contest the Cork North Central byelection, expected to be held in November.

Ms Lynch, who was first elected to Dáil Éireann in 1994, lost her seat in the 2016 general election. She had previously indicated she would contest the next election to win back the seat, but on Monday announced she would be stepping back from electoral politics.

Ms Lynch is backing John Maher, a newly elected Labour councillor in the area, to contest the Cork byelection.

“This is the right time now for me to take a step back, and allow a new generation to put their name forward in the by-election,” Ms Lynch said.

The party’s political director Nat O’Connor said Mr Maher is part of a wider field of young and first time candidates that Labour is fielding in the forthcoming general election as part of the party’s efforts to rebuild.

“Since he became leader, Brendan Howlin has engaged in a process of rebuilding the party and its infrastructure. People were in shock after the last election result. Parties don’t just rebuild overnight, this process has taken years. But we do have young new members coming to us, a whole new generation of candidates.”

He said the party is aiming to double its number of Dáil seats. It is looking at candidates such as Wicklow councilor Paul O’Brien, Kildare councilor Mark Wall and Dublin councilor Rebecca Moynihan as other new faces who could potentially represent the party on the national stage.

Following Cork North Central TD Billy Kelleher’s election to the European parliament in May, a byelection is to be held to fill his seat, along with three others across the country.

Speaking to The Irish Times, Ms Lynch said after the last general election and the formation of a confidence and supply Government arrangement between Fine Gael and Fianna Fáil, there was an expectation of another election in “at maximum 18 months,” she said.

“When I was selected to run I always said it would depend on when that election would be,” she said.

Ms Lynch said she would not support a change in the party’s leadership. “Brendan Howlin has put so much into the party, particularly encouraging those who lost their seats in 2016. We’re more united than ever,” she said.

A recent Behaviour and Attitudes poll conducted for The Sunday Times placed support for the party at three per cent.

Ms Lynch said she would not be critical of other former Labour TDs deciding to try win back their seats in other constituencies. “I’ve been a great believer in balance, it is important that experience is retained,” she said.

The former junior said she would still remain active in the party as a member. She had served as a TD from 1994 to 1997, and then 2002 until 2016. In the previous Fine Gael-Labour coalition government she served as minister of state for primary care, mental health, and disability from 2011-2016.

She lost her seat along with a large number of her party colleagues in what was a bruising general election for the Labour Party, following a backlash against a period of austerity policies.

“It has been a great honour to serve the people of Cork over many years, and since 2016 I have continued to work with Labour members and supporters to rebuild our party presence,” she said.

“While I might be stepping back as a candidate I will continue to work with Labour members and supporters to rebuild our party and elect new Labour representatives,” she said.