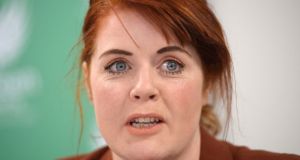 Neasa Hourigan: “I knew what I was doing and therefore whatever they decided was right.”

Green Party TD, Neasa Hourigan, has called for a review of the whip system in Irish politics after having her speaking rights in the Dáil suspended after voting against the Government on Thursday.

Ms Hourigan resigned as the Green Party’s whip after voting in favour of four Opposition amendments to the Government’s Residential Tenancies and Valuation Bill but indicated her intention to remain a member of the parliamentary party.

Her party colleague, Joe O’Brien, the Minister for State for Community Development and Charities and Dublin Fingal TD, who abstained on the final vote, also received the same sanction as Ms Hourigan.

Due to the Dáil’s summer recess, the loss of speaking rights for two months will effectively only be in place for two weeks.

Ms Hourigan described the Irish whip system on Friday as “archaic and onerous.”

She claimed the whip system did not work in multi-party systems that were common in many countries in Europe.

Speaking on RTÉ’s Today with Sarah McInerney, Ms Hourigan said: “We need to open that conversation around how the whip works in Ireland and is it serving that multi-party government now.”

She pointed out that there are models where politicians of government parties are not required to follow a whip on issues that are not contained in agreed coalition programmes.

Commenting on the controversy which erupted over her opposition to Government legislation, Ms Hourigan said she expected to be sanctioned by her party for her actions and accepted the ruling.

“I knew what I was doing and therefore whatever they decided was right,” said Ms Hourigan.

The Dublin Central TD declined to comment on what was discussed at Thursday’s night parliamentary party meeting but confirmed she attended the discussion that decided on her sanction.

She added: “I hope that this simply won’t arise again.”

Ms Hourigan, who had opposed the Green Party entering into coalition with Fianna Fáil and Fine Gael despite being one of her party’s chief negotiators, acknowledged that what happened was probably “very frustrating” for the Green’s government partners.

But she said she had been anxious to ensure protections introduced for tenants following the Covid-19 outbreak remained in place until January and had made her concerns known to her parliamentary party at the start of the week.

She claimed some of the amendments proposed by Opposition TD were quite good for extending protections to a wider group of people.

“I felt that it was worth trying to open a conversation around the accepting of Opposition amendments when they were worthwhile,” she observed.

Ms Hourigan said she had received contrary advice to that given to the Government by the Attorney General that a further extension of the legislation beyond August would be unconstitutional.

She believed having the issue adjudicated on by the courts would have been “the thing to do.”