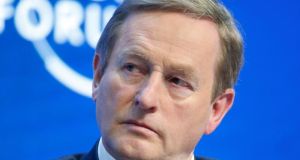 Simon Harris says there was no evidence to suggest Michael Noonan knew about the sale of Siteserv in advance of the sale being announced in March 2012. Photograph: Dara Mac Dónaill / The Irish Times 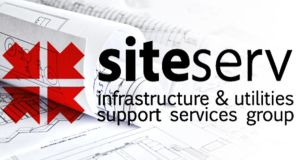 Simon Harris says there was no evidence to suggest Michael Noonan knew about the sale of Siteserv in advance of the sale being announced in March 2012. Photograph: Dara Mac Dónaill / The Irish Times

The total amount written off by the State following the sale of Siteserv by Irish Bank Resolution Corporation (IBRC) was €119 million, some €9 million more than previously estimated.

The figure is contained in minutes of an IBRC meeting held on March 15th, 2012 when the sale of Siteserv was discussed.

The minutes, which the Department of Finance said had been “misplaced” temporarily, were published on the department’s website on Wednesday evening.

According to the minutes, the IBRC board approved the proposal “as presented namely (i) to proceed with the sale of Siteserv plc for €48 million (with net proceeds arising for the bank of €44.3 million) with (ii) a write-off of the balance of facilities of €119 million following the sale, however noting that the this was circa €10 million in excess of the current impairment provision”.

The Government said on Wednesday the inquiry into IBRC had been upgraded to a Commission of Investigation headed by a High Court judge, who has yet to be appointed.

Opposition parties and TDs, such as Independent Catherine Murphy, are to be consulted on its scope.

The scope has been widened to investigate whether preferential interest rate deals were given to some large borrowers.

Ms Murphy claimed in the Dáil last week that Denis O’Brien was paying 1.25 per cent interest to IBRC on some of his borrowings when he could have been expected to pay a 7.5 per cent rate.

Taoiseach Enda Kenny said there is “no evidence of wrongdoing” ahead of the widened inquiry into IBRC.

Making his first public comment on the controversy since Independent TD Catherine Murphy’s claims in the Dáil last week, the Taoiseach said the Cabinet had decided to give the investigation into the issues a “different level of independence and authority” and had established a Commission of Investigation.

Asked if he regretted not initiating the commission sooner, Mr Kenny said he did not.

Events had overtaken the Government’s original plan to have a review carried out quickly by the special liquidator overseen by a judge, he added.

Fianna Fáil leader Micheál Martin has accused Minister for Finance Michael Noonan of misleading the Dáil in his replies on the sale of Siteserv.

He added that he did not accept claims the IBRC minutes had been misplaced.

Mr Martin said he received a letter of apology from Mr Noonan on Wednesday, in which the Minister admitted to “inadvertently” providing incorrect information during his response to a Parliamentary Question on May 6th, 2015.

In it, Mr Noonan states he was originally informed his Department had not received IBRC board packs prior to the sale of Siteserv in March 2012.

Mr Noonan said he became aware of the mistake when he was told by his officials on May 28th, 2015 that the documentation they found contained a schedule of board packs. On Thursday, the Department confirmed the pack was received on March 22nd or 23rd, ahead of the meeting on March 28th.

Mr Noonan wrote: “It is important to note that the discovery of these records does not change the import of my statements in that it remains my officials’ belief that the Department first became aware of the Siteserv transaction after it was approved by the board of IBRC on March 15th, 2015.

“I would like to assure you that my statements were made in good faith based on information available to me at the time.

Mr Martin claimed the department made a “deliberate attempt” to prevent this news from getting out.

“I have learned, and I know from sources, that in fact there would have been regular senior formal and informal briefings and engagements between officials in IBRC and the Department of Finance going back to 2009.”

Earlier, Minister of State at the Department of Finance Simon Harris confirmed the €119 million writedown.

He said most estimates of the writedown in the public domain were around the “€110 million mark”.

and “any effort to suggest that the Minister of Finance had prior knowledge of the sale of Siteserv isn’t factual.”

Asked whether staff at the department had read the minutes from the Siteserv board meetings, Mr Harris said the unit dealing with the minutes would have alerted the chain of command in the department, had there been a concern.

Sinn Féin deputy leader Mary Lou McDonald described the Department of Finance as “passive” when it came to monitoring the activities of the IBRC.

The commission is due to file a report by the end of 2015.