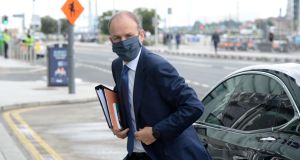 It used to be said that the traffic lights outside Dáil Éireann on Kildare Street were the fastest-changing set of lights in the country. When you pressed the button to cross the road, the little green man appeared in the blink of an eye and busy city traffic had to stop so TDs could immediately pass.

Yet another good reason to give out about pampered politicians: this time for being far too self-important to wait a short while on the footpath like ordinary mortals everywhere else. It was also a nice little fact to casually throw out to taxi drivers, just to see the steam coming out of their ears.

But there was a valid explanation for the hair-trigger traffic lights, and it was to do with ensuring the smooth functioning of our democratic system.

Before the modern Leinster House 2000 wing was opened, some TDs had offices across the road in Kildare House. When the division bells rang summoning them to a vote, they had just six minutes to hightail it across the street to the main building before the ringing stopped and the doors to the Dáil chamber were locked.

So the traffic lights were fixed in their favour.

These days, they still change quickly for pedestrians, but not as fast as they used to. And the authorities would need to fix an awful lot more than one set of lights to speed the path of today’s TDs as they try to get from their offices in Leinster House to the temporary Dáil chamber across the Liffey in Dublin’s Convention Centre.

At the Docklands Dáil on Wednesday, for example, a number of listed speakers were not present when the Ceann Comhairle called their names. Later, one of them explained he hadn’t been able to make it over in time from a meeting in Leinster House.

From the sanitised confines of their Kildare Street offices, politicians have nothing but praise for the Oireachtas and OPW staff who worked day and night to make the 2,000-seat auditorium and surrounding areas fit for full sittings of a parliament in the time of pandemic.

It was no easy task. The parliamentarians know this, but they are not at all happy with the new arrangement. The novelty of a towering modern edifice featuring a stunning glass-walled atrium with a living theatre space repurposed just for them didn’t last very long. A few hours on the first day were enough for most.

From a Ceann Comhairle marooned onstage and peering out over a near-deserted house to a Taoiseach swivelling on his heels in a vain attempt to locate the disembodied voice asking him a question from the depths of a balcony, the biggest drama in this theatre is the sheer lack of it.

A lot of people have gone to a lot of trouble to make the transition across the river possible, so the politicians don’t want to appear too precious about their riparian predicament. But this week, as last week, they continue to complain about the OTT nature of this temporary Dáil set-up.

Still, they don’t want to be seen as minimising the threat posed by the Covid-19 virus or stand accused of exposing people who work in Leinster House to unnecessary risk by suggesting the stringent social distancing rules which sparked the relocation be redrawn. There are also mutterings from disgruntled TDs that the plan was driven by senior civil servants in Merrion Street as opposed to the politicians they are obliged to tolerate.

Fianna Fáil’s Marc MacSharry was willing to take a stand on Wednesday morning at the start of the debate on the Microenterprise Loan Fund Bill.

At the end of his contribution, which am-dram aficionado MacSharry confidently boomed from the very back of the auditorium, the TD for Sligo-Leitrim made some business-related observations on the venue.

“I think having the Dáil sit here in the Convention Centre is an abject waste of the taxpayers’ money,” he said, bearing in mind they were debating urgent legislation to fund small businesses affected by the crisis.

Addressing the rows of empty seats, he declared: “With some will and just a pinch of imagination we could have a fully functional Oireachtas on the campus where it was intended to be, rather than wasting €25,000 a day down here needlessly.”

It is “shameful” they can’t be accommodated in Leinster House “where each of us has our own self-incubation unit with a monitor in front of us to watch proceedings”. All it would take, said MacSharry, is that bit of imagination “and we could all be back up on Kildare Street doing our work as people expect”.

Apart from the Ceann Comhairle’s increasingly frustrated squinting around the auditorium to find speakers, two of his vice-chairs were similarly all at sea, with Fianna Fáil’s John Lahart complaining he couldn’t see anybody and Sinn Féin’s Aengus Ó Snodaigh complaining that the lights were blinding him.

Later in the evening, Ó Snodaigh, who is a very assiduous constituency man in Dublin South Central, was one of a handful of TDs selected to raise a matter of concern during the four prized topical issues slots. He was down to ask the Minister (in this case, Minister of State for Special Education and Inclusion Josepha Madigan) about the opening of an ASD Special School in Scoil Colm in Dublin 12.

But he didn’t appear. It is most unusual, if not unheard of, for a TD not to turn up when their topic is chosen. We worried Aengus might be laid up at the Eye and Ear after that earlier blinding incident in the chair.

However, we checked afterwards and it transpires he was in Leinster House when his speaking slot came up. But this was hours before he was slated to speak (sometime around 9.30pm) and he was called around teatime.

Speakers failing to show and the various sessions petering out far earlier than scheduled, forcing the Dáil to adjourn with an entire evening to spare, tells its own story. Compared to the yawning Docklands Dáil, even a sparsely populated Leinster House chamber looks like rush hour at Heuston Station.

“What’s so special about us? Look at the way they have been successfully operating in shops and supermarkets,” fumed one TD privately.

“If the level of restrictions imposed on us in Leinster House is so critically important, why then are people not dropping like flies in Supervalu and Lidl? Society is starting to function again and the Oireachtas needs to get with the programme.”

Looks like economy isn’t the only thing in need of a July stimulus package.