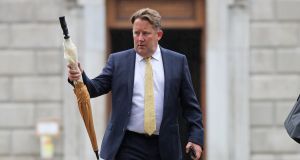 Processes to examine legislation before it is formally presented in the Dáil and Seanad will be “closely monitored” and may be strengthened, Ceann Comhairle Sean Ó Fearghaíl has said after a row over scrutiny of an emergency housing Bill.

Mr Ó Broin described it as a “breach of the spirit of the pre-legislative process” and said this was the first time such a measure had been used since the introduction of the reforming measure to examine legislation ahead of publication.

However, the Minister insisted there was no intention to circumvent consultation with the committee and apologised for any confusion “in the urgency” of his approach in a letter to chairman of the housing committee Steven Matthews.

“The intention was to secure an early time slot by introducing the Bill in the Seanad,” a spokeswoman said. “The Minister has offered members of the committee a briefing with officials, and this will be done as a matter of priority if accepted.”

The Minister was given approval on Tuesday to bring the legislation to the Seanad this week but this required the Bill to be published the following week.

But under a technical standing order or regulation, once legislation is formally published, pre-legislative scrutiny cannot go ahead.