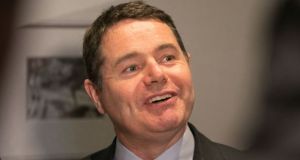 Paschal Donohoe: “We need to get ready for an election, but I don’t see an election for quite a while yet.”

Minister for Finance Paschal Donohoe has confirmed that an increase in Local Property Tax (LPT) will be deferred for a further year.

“People will now know where they stand until 2021,” he told RTÉ’s Morning Ireland.

Mr Donohoe said he wants to keep and reform the local property tax but he also wants to make sure that homeowners don’t see sudden significant increases to their bill.

The decision to postpone any decision on property tax kicks the politically contentious question past the local elections and also probably past the next general election.

The report on the future of the LPT was commissioned by the Department of Finance.

Mr Donohoe said that the levy will continue to be based on the value of the property, but he maintains that most people will not see much of an increase, while who those who have their LPT increased, will move up “only a band”.

He denied that the deferral was in response to fears expressed by “people in south County Dublin”. This was a national issue and one that was very complicated, but it was important that everyone pay their share, he said.

Basing the tax on the market value of the property was the safest way, he added.

Mr Donohoe pointed out that it had always been a case that any increase would have been after the local elections and he believed it would be after a general election too. He said that work on budget 2020 is getting underway.

“I am working on getting ready for budget 2020. That work is underway. In two weeks’ time we will be bringing into Cabinet an update on our economic forecast now for the coming years. The focus of my party is in responding back to the challenge of Brexit, so that’s the focus of where my efforts are for the moment. We need to get ready for an election, but I don’t see an election for quite a while yet.”

Dublin house deaths: woman still being treated in hospital 11:39
Seamus Mallon tributes: Sharon Stone among those to sign book of condolence 11:09
Man in his 40s dies in apartment fire in Cavan 09:16
Man (33) dies following suspected stabbing in Co Wexford 08:47
Funeral of Seamus Mallon to be held in Co Armagh on Monday 20:54
SUBSCRIBER ONLY