The councils are being merged into one local authority, Limerick City and County Council, on June 1st 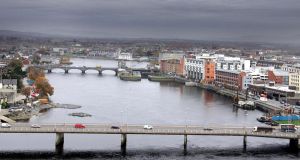 The new unified local authority has seen the number of public representatives for the region reduced from 45 to 40.

The boundary commission recommended 21 councillors for the three new city constituencies, with the remaining 19 in the three county areas.

The changes, designed to create a larger metropolitan area with a population of 100,000, means four extra councillors representing the larger redrawn city electoral area. However the elected representatives will serve a vastly increased area stretching out as far as Patrickswell, Castleconnell and Montpellier.

The final meeting of the county council takes place in Limerick County Hall in Dooradoyle on April 22nd.

Limerick City Council, the origins of which date back more than 800 years, will hold its final meeting in City Hall on Monday, April 28th.

Speaking ahead of the final meeting of the city council, Mayor of Limerick Cllr. Kathleen Leddin said: “It will be a very historic day for past and present council members and staff. The day will be tinged with some sadness but also with an immense amount of pride in what has been achieved by the city council down through the centuries.”