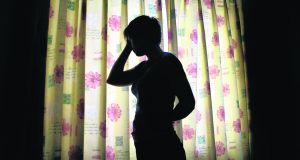 ‘Grace’ was sent to a foster home in the southeast when she was a child and remained there for 20 years, despite concerns being raised on a number of occasions about her welfare. Photograph: Niall Carson/PA Wire

The commission of inquiry into the case of “Grace” – an intellectually disabled young woman left in a foster home for 20 years despite concerns about physical and sexual abuse – will now take at least three times as long as originally intended.

The barrister conducting the inquiry for the State has told the Government that the high level of representation by lawyers of witnesses to the inquiry was one of the reasons for its slow progress.

The inquiry began in May 2017 and the commission was due to report on the case of Grace within a year. Last year it was granted a year’s extension and yesterday the Cabinet granted it another year to complete its inquiry into Grace’s case.

The Cabinet approved the second extension on Tuesday after a request from the sole member of the commission, barrister Marjorie Farrelly.

Grace, who was given up by her mother for adoption, was sent to a foster home in the southeast when she was a child and remained there for 20 years, despite concerns being raised on a number of occasions about her welfare. In 1996, a decision made earlier that year to remove Grace from the home was overturned and she was left there for another 13 years, a decision which has never been satisfactorily explained. In 2017, she was awarded €6.3 million in the High Court.

In a statement, Minister for Health Simon Harris and Minister for Disabilities Finian McGrath said they “regret that the Farrelly commission is not in a position to provide its final report”.

Mr Harris has told Ms Farrelly, however, that he considers this extension as final and that he “expects the Farrelly commission to provide its final phase 1 report by 15th May, 2020.”

Ms Farrelly has also supplied a fifth interim report to the Government, which explains some of the reason for the delays. The report, seen by The Irish Times, said that “significant investigative work had been undertaken and was continuing”.

It has now heard from approximately 124 witnesses over 264 appearances at hearings, it said, as well as examining a large number of documents. It has also carried out an inspection of the home where Grace resided from 1989 to 2009.

However, hundreds more documents and up to 40 witnesses remain to be examined.

In particular, the commission will examine if the HSE suppressed information about the case, if there was a danger of the deliberate destruction of files by the HSE and whether HSE staff threatened to withdraw funding from the agency whose staff made protected disclosures about the case.

It is clear that many of the people affected and the organisations involved have engaged lawyers and are represented at many of the private hearings of the commission.

“A very significant number of parties are represented by legal teams at hearings before the commission,” the report says.