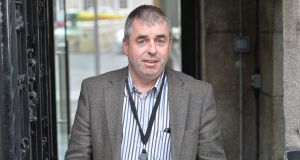 Kevin ‘Boxer’ Moran, the Minister of State with responsibility for the Office of Public Works (OPW) has announced he is leaving the Independent Alliance.

In an interview with Shannonside Radio on Monday the Longford-Westmeath TD said he will be standing in the next election as an outright Independent, rather than under the banner of the Independent Alliance.

Mr Moran said if he is re-elected he may join a new political grouping in the new Dáil.

The Independent Alliance was set up principally by Minister for Transport Shane Ross before the last election and was Fine Gael’s main coalition partner for the last four years.

Mr Moran said he would run as an Independent, separate to the Independent Alliance. After this he may consider joining another grouping. “If it’s not the Alliance, and it’s another alliance, so be it.”

Mr McGrath is considering whether to stand again in Dublin Bay North but is expected to do so, while Mr Halligan is expected to announce later this week that he will not seek re-election in his Waterford constituency.

It effectively means the Independent Alliance has come to an end.

Meanwhile Clare TD Dr Michael Harty has confirmed he will not seek re-election in the four seat constituency.

In a statement, Dr Harty said: “I am announcing today, 13th January 2020, that I am not putting my name forward as a candidate in the upcoming general election for personal and professional reasons.

“At the outset, as a leader of the No Doctor No Village campaign, I committed to maintain general practice services in Kilmihil by putting in place a locum GP, while taking my seat as an Independent TD to fulfil all the responsibilities and duties associated with that position both nationally and locally.

“Finding a full-time locum GP has proved increasingly difficult over the years. It is now not possible to fulfil both commitments. I have had to make a choice between seeking re-election or keeping my promise to my local community. I have chosen the latter.

“It has been an honour and privilege to represent the people of Clare in 32nd Dáil while proposing alternative ideas on how to deliver balanced regional development for Clare, support rural sustainability and reform the structure our health services especially within the Mid-West region.

“I would like to thank all those who have supported me during the election campaign of 2016 and over the past 4 years in Dáil Éireann, especially my family, political support staff both in Clare and in Dublin as I advocated for my constituents to the best of my ability.

“I hope the imminent election campaign will be fair and robust, allowing all candidates to put forwards their ideas and policies clearly so that the people can make an informed choice.”

1 Why Sinn Féin will not call the State by its name
2 McDonald rejects idea SF public meetings ‘an affront to democracy’
3 Coronavirus: Questions over Ireland’s readiness for what might come
4 Maureen Dowd: For the White House parasite, all restraint has gone
5 What evidence is there that the IRA still controls Sinn Féin?
Real news has value SUBSCRIBE