Irish Government being ‘played like a harp’, British MP claims 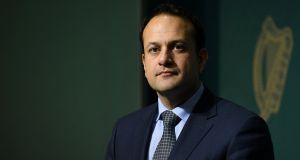 The Irish Government is being “played like a harp” by the European Commission, Conservative MP Bernard Jenkin has claimed.

Mr Jenkin was speaking about the current impasse in Brexit negotiations on he Today programme on BBC radio.

“Ireland is being used as a proxy by the European Union, ” he said.

“We need to concentrate on what deal the prime minister is going to get, which is we are going to deliver what was in our manifesto. We will be leaving the EU in 2019. We will be getting control of our laws and our own borders.”

Mr Jenkin attracted attention from the public earlier this week when he gave incorrect facts in an interview with Sky News when discussing Brexit negotiations and the Border issue.

“They haven’t quite played ball like the present Irish prime minister.”

Social media users were quick to point out the incorrect name of former Fine Gael leader Enda Kenny, who was the party’s longest serving taoiseach, and that it is the Republic of Ireland that has a taoiseach.

Mr Jenkin said in his interview on Thursday the UK should not allow be bullied into paying more money or giving up its autonomy on trade deals.

“The EU is extremely worried about setting a precedent that you can leave the EU and you can have an invisible frontier. What signal would that send to the rest of the European Union if other countries started considering leaving the EU,” Mr Jenkin said.

“We do not want one. There won’t be a hard border unless the EU or Ireland want one. Why would they want one?”

The Irish Government has continued to insist it will not change the substance of what it said was agreed with the British government on Brexit earlier this week.

Democratic Unionist Party leader Arlene Foster, whose party props up British prime minister Theresa May’s government, last Monday effectively vetoed the text of a deal between Britain and the European Union on the future of Northern Ireland’s Border with the Republic, blocking UK progress to the next stage of Brexit talks.

However, Ms May has said she remains confident that a Brexit deal can be agreed in time for next week’s summit, telling MPs that “we are at the point of progressing on to the next stage” of negotiations.

The British government’s lack of preparation for Brexit came under the spotlight on Wednesday when Brexit secretary David Davis admitted that it had not undertaken any assessment of the impact of leaving the EU on the British economy.