How would a federal UK affect a shared island of Ireland?

‘Up until now, the English have barely distinguished between England and Great Britain’ 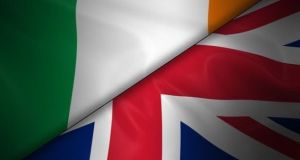 If Northern Ireland were to vote to join a united Ireland, the unionist minority would need measures that protect their British identity.

The debate about a shared island in Ireland comes amid constitutional turbulence in Britain as support for Scottish independence grows and Labour under Keir Starmer ponders a federal future for the United Kingdom.

These constitutional developments in Britain will affect the options for Ireland and Northern Ireland, and their future institutional links with England, Scotland and Wales.

Six years after Scotland rejected independence, polls show a clear and consistent majority in favour of leaving the United Kingdom, with YouGov last month showing 53 per cent in favour and 47 per cent against. Polls also give Nicola Sturgeon’s Scottish National Party (SNP) a clear lead ahead of next May’s Scottish parliament elections.

The Scottish first minister’s assured performance during the coronavirus pandemic, particularly in her daily televised briefings, has contrasted with British prime minister Boris Johnson’s apparent incompetence and general invisibility during the crisis. Coronavirus has also revealed to the British public the extent to which powers over issues such as health are devolved to Scotland, England and Wales.

Much of the time, UK government announcements have applied only to England, as the three devolved administrations have diverged from London on everything from the timing of lockdowns to travel quarantine rules. If Scotland’s majority vote for Remain in the 2016 Brexit referendum gave nationalists their argument for a second independence referendum, coronavirus has surely helped them win majority support for it.

Sturgeon has promised to legislate for a second independence referendum if she wins the election, but a binding referendum needs the approval of Westminster as well as Holyrood. Johnson has ruled out allowing a second vote on independence on the basis that the SNP promised the 2014 referendum would settle the issue for a generation.

Some of his allies fear, however, that each time the prime minister refuses a request from Sturgeon for a second referendum, support for independence will rise by a point or two and he will be unable to resist the demand indefinitely.

Political scientist Brendan O’Leary, whose three-volume Treatise on Northern Ireland was published last year, believes Scotland may have to wait for a Labour government for its second independence referendum, but its significance, when it comes, will be no less momentous.

An independent Scotland would apply to join the European Union and even if it is unable to do so immediately, it would look for a closer economic relationship with the EU than post-Brexit Britain is seeking. Northern Ireland already has a different relationship than other parts of the UK due to the protocol requiring it to follow EU customs and regulatory rules.

The British-Irish Council was established under the Belfast Agreement to bring together the governments of Ireland, Britain, the devolved administrations and the Isle of Man and the Channel Islands. Successive British governments have ignored it and it has never lived up to the original promises made for it.

During the negotiations to forge the Belfast Agreement, an idea was mooted that would have guaranteed that if Northern Ireland voted to join a united Ireland, the rights entrenched in the North under the Agreement, including the power-sharing arrangements, would transfer fully into the Republic.

“Instead of the North South Ministerial Council, which would then be redundant, the British-Irish Council would perform the role of giving an extra-jurisdictional connection to the losing national minority, namely British unionists. They never legislated that. It was clearly a possibility and it remains a possibility but they didn’t tie it down in the treaty like that,” O’Leary said.

He believes the council could also prove useful for relations between Ireland and a newly independent Scotland, particularly if they were both in the EU.

“Both will be using England and Wales as a land bridge. But they will have a very strong interest in thinking through joint infrastructure that facilitates their trading commerce with the rest of the EU. So you can see all sorts of practical joint co-operation. Not necessarily a motorway down the Mull of Kintyre, but you can imagine a shared interest in much more extensive and modernised ferry structures and airports that are suitable for both places that they would need as insurance policies if ever England played badly in terms of acting as a land bridge,” he said.

If Northern Ireland were to vote to join a united Ireland, the unionist minority would need measures that protect their British identity. O’Leary says that Bunreacht na hÉireann allows for Northern Ireland to be preserved as a devolved unit with its own legislature, although a constitutional amendment would be needed to maintain a Northern executive. The Belfast Agreement guarantees unionists the right to British citizenship.

“The British-Irish Council means that there’s an institutional relationship in which the whole of Ireland can participate and potentially a devolved government inside the North can participate with the rest of Great Britain,” he said.

Like the Conservatives, Britain’s Labour Party opposes Scottish independence, but Starmer has promised a constitutional convention to consider changes that could lead to what he calls “radical federalism”. At the heart of the British constitution is the supremacy of Parliament, which means that a majority at Westminster can overturn any law, including those governing devolution.

In a document called Reforming our Union: Shared Governance in the UK, the Labour-run Welsh government called for the institutions in Cardiff, Holyrood and Stormont to be put beyond Westminster’s reach.

“The devolved institutions must be regarded as permanent features of the UK’s constitutional arrangements; any proposals for the abolition of such institutions should be subject to their consent and to the consent of the relevant electorate,” it said.

Starmer has been vague about the kind of federal structure he envisages for the UK but, during his campaign for the Labour leadership, he said it should deliver a “radical devolution of power” that would include a written constitution.

“The question is, if there were to be federalisation of the UK, what role would the constituent units play in that new constitutional process? Would there, for example, be ratification referendums in each of the units?” O’Leary said.

“In my view, you don’t have a real federation unless you make the constituent units into co-sovereigns. The most democratic way to do that is to give them a veto over the formation of the federation. That’s one of the reasons Spain is in such trouble. It had a democratic legitimation at the end of Franco and it then made separate deals with parts of Spain, but it never federalised.”

O’Leary believes that proposals for a federal UK would be divisive in Northern Ireland and would prove unpopular with both communities. Unionists would see Great Britain disappearing to be replaced by England, Scotland and Wales so there would be nothing left of it but the name.

The Scots were just people with funny regional accents, not really another nation

He argues that federations can succeed if the dominant people – in this case the English – are generous and accommodating to the smaller units. But he says the Conservatives broke that contract by pressing on with a hard Brexit after two of the constituent units, Scotland and Northern Ireland, voted against leaving the EU.

The alternative to such magnanimity is extensive power-sharing that is unpopular with the dominant group and that would create a major challenge for Starmer.

“Up until now, the English have barely distinguished between England and Great Britain. The Scots were just people with funny regional accents, not really another nation,” O’Leary said.

“But that has unravelled both because of devolution and because of exit from the EU. And we can see a much more visible English nationalism. The people who say they’re British are typically either black and brown or they’re Ulster Protestants. They’re less English. So that ability of the British label to incorporate the English and the others in encompassing ways is withering.”