Plan will be seen as gesture after public row with Government 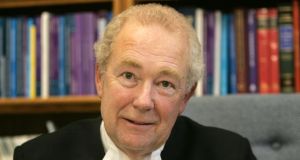 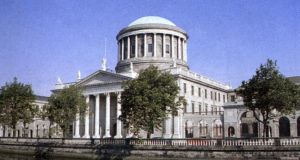 The dispute between judges and the Government abated last week

The High Court will hold extra sittings during the traditional summer holiday this year, a move that will be seen as a gesture from judges after the recent row with Government.

The plan to hear cases across a wide range of areas during the summer break has been under discussion for several months, but the timing of the announcement means it will be interpreted as a signal aimed at underwriting efforts to mend relations with the executive.

Minister for Justice Alan Shatter wrote to the Chief Justice, Mrs Justice Susan Denham, in January suggesting judges might make savings by working longer hours and reducing the court vacations, but the prospect of a deal appeared to recede when tensions between judges and the Government spilled into the public arena. The higher courts’ holidays include a two-month vacation over August and September, but the president of the High Court, Mr Justice Nicholas Kearns, directed yesterday that additional sittings would take place in September. Asylum, family law, commercial and personal injury assessments are among an extensive list of business areas that will be covered.

The public dispute between judges and the Government abated last week when the Chief Justice announced the creation of a new forum for discussion between the two sides.

The Irish Times understands moves to establish the forum were stepped up in mid-March after the Association of Judges of Ireland held an extraordinary general meeting to discuss what it felt was a breakdown in communications with the Government. The mood was “apoplectic”, said one judge.

It is understood that within days of the meeting, the Chief Justice – who is not a member of the association – wrote to all judges proposing the establishment of a working group for renewal, which would identify concerns of the judiciary and make recommendations.

The body, which met for the first time last week, includes the Chief Justice; the Attorney General, Máire Whelan; the secretary general to the Government, Martin Fraser and the president of the Association of Judges, Mr Justice Peter Kelly. It also includes representatives of each court jurisdiction.

Judges angry
Judges were angry over a range of issues which they said threatened their independence, including pay, pensions and future appointments. They also complained about a lack of consultation on issues that would directly affect them, including the referendum on the abolition of the Seanad, which – if passed – could render the removal of judges subject only to a simple majority resolution in the Dáil.

However, a judicial source said the dispute came to the surface at a time when judges felt aggrieved at not having been kept informed of progress in talks over the Croke Park II deal. The source said judges had been led to understand they would be kept informed, but it was not until early April that they received any communications on the deal .

In a letter dated April 3rd, Minister for Public Expenditure Brendan Howlin wrote to Ms Whelan asking her to communicate to members of the judiciary, “in line with informal practice”, the impact of the proposed pay cuts.