Feeling anxious or stressed? Talk to your local TD 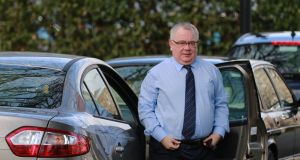 Seán Ó Fearghaíl: also confirmed a counselling service was available to TDs, Senators and staff at the Houses of the Oireachtas. Photograph: Nick Bradshaw

TDs and Senators are to be given training on ways they can assist constituents who present with mental health difficulties.

Ceann Comhairle Seán Ó Fearghaíl told The Irish Times he would be inviting the president of the College of Psychiatrists of Ireland, Dr John Hillery, and his team to the Houses of the Oireachtas in January.

The aim is to train individuals to look after their own wellbeing but also to give politicians guidance on how to assist people in their constituencies with mental health problems, Mr Ó Fearghaíl said. The guidance would not focus on telling people what to do but on advising them where to go for help.

The Ceann Comhairle also confirmed a counselling service was available to TDs, Senators and staff at the Houses of the Oireachtas.

“If a member feels stressed, feels difficulty in coping or a staff member feels under pressure and that they can’t cope, that they are anxious or depressed, we now have a service available to us that can be called on confidentially,” he said, adding that it should have been developed years ago.

Mr O’Fearghaíl said the initiative developed from a mental health symposium convened by the Oireachtas in September.

That event was attended by TDs and Senators from all parties, and was designed to provide an opportunity for parliamentarians to hear from those directly involved in tackling mental health problems.

Mr Ó Fearghaíl also confirmed he would publish a report he had conducted into the use of Dáil privilege this week. The review centred on whether there should be any safeguards put in place and whether politicians should face sanctions for breaches of privilege.

It is understood that it concluded there should be no financial penalties enforced on individual TDs or Senators. Instead it will offer members of the public an opportunity for redress including expunging the record of the House, if the claims made under privilege are found to be untrue.

The review commenced after Paul Murphy TD claimed Taoiseach Leo Varadkar had defamed him when he accused the Solidarity deputy of thuggery during a Dáil debate on the Jobstown anti-water charges protest.

A lengthy letter to Mr Ó Fearghaíl, signed by Mr Murphy and his fellow TDs Ruth Coppinger and Mick Barry, stated that the comments were defamatory and a violation of Dáil rules.

Mr Ó Fearghaíl said the aim of the review was not to constrain members or to minimise their constitutional rights.

“We are not trying to curtail anyone’s freedom of speech but rather we are trying to have a streamlined, understandable, implementable process that will serve the public interest,” he said.

Members of the public have rights to their good name, and redress must be made available to them, he added.

The forum is made up of former government chief whip Mary Hanafin, former editor of The Irish Times Conor Brady, senior counsel Conleth Bradley and Prof David Farrell of UCD. Their recommendations will be sent to the Committee on Procedures for consideration.