What’s the best survival strategy for a TD hoping to cling to their seat? 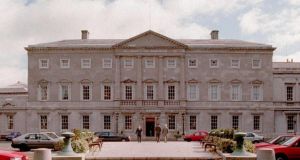 In a volatile and fickle world even the largest party is not immune from car-crash elections – Fine Gael in 2002 and Fianna Fáil in 2007 bear testament to that. File photograph: David Sleator/The Irish Times

Franklin D Roosevelt’s line that “the only thing we need to fear is fear itself” doesn’t wash too well with your average Dáil Deputy these days.

They will argue that when rounding his thoughts, FDR did not factor in multi-seat constituencies, ungrateful citizens and the genuinely scary thought of a general election looming on the horizon.

As the Dáil resumes, TDs will be arriving in the chamber with emotions that range from anticipation to toe-numbing fear.

In 2011, almost half the outgoing TDs did not return (76 out of 166). Sure, some of these retired, but others found the electorate had astounded them with their ingratitude - and they had nothing to show at the end of their four-year stint than a P45.

Survival is more difficult for Government TDs, especially those from a minority party.

In a volatile and fickle world even the largest party is not immune from car-crash elections – Fine Gael in 2002 and Fianna Fáil in 2011 bear testament to that.

So what is the best survival strategy for a TD hoping to cling to their seat?

1. Try to be the only party candidate in a constituency

When parties win more than one seat in a constituency, the most bitter foe is usually not a politician from another party - but the enemy within.

There have been myriad examples over the years of, ahem, friendly rivalry among the candidates: Liam Lawlor versus Brian Lenihan in Dublin West; the Haugheys and Ivor Callely in Dublin North Central; Michael Smith and Michael O’Kennedy in North Tipperary; and Michael Ring versus any other Fine Gael pretender in Mayo.

For a person who’s sitting in a leaking electoral boat, the need to throw some ballast overboard becomes obvious. The best way of doing this is ensure your constituency colleague makes a decision to resign, leaving the field to you.

Fianna Fáil realised this in 2011 and ruthlessly ditched second TDs in constituencies to ensure its remaining TD had some chance of winning.

The party is doing the same this time around, as is Labour in some constituencies. The problem in running two candidates is that they will split the vote, and the lower candidate won’t transfer enough preference to the higher one to ensure their survival.

2. Never be the favourite

There is no phrase more grating to a politician’s ear than this particular formula of words: “Sure you are as safe as houses.”

The thinking is obvious. If you are deemed safe, people might be persuaded to vote for someone else that they deem not to be doing well. If enough do this so that the person who has not been doing well in fact does very well indeed, then the person “doing well” does not do very well at all.

Tell everybody one of two things: “I’m under pressure this time”, or “My seat is not safe at all”.

3. Start a controversy - but don’t get ensnared in one

You will find that in the last few months of the Dáil we discover that there were more Edmund Burke wannabes that we had ever imagined. It’s like somebody came in with a set of jump leads and jolted silent backbenchers into life. A word of warning: Cardinal rule number one is, don’t become the cause of a controversy through a gaffe.

The rate of Dáil suspensions caused by disorder, and the number of TDs being ejected from the Dáil, increase in inverse proportion to the number of days left to the election.

In extremis, you could defy your party’s line and lose the whip. In some instances, being seen as a dissident can be a boon with voters.

If your party is on the pig’s back and thriving in the polls, the name of the game is to make sure you have sharp elbows.

When a photograph is being taken, you must jostle your way to the publicity-rich environment that is the space next to your party leader. It shows you are their best friend and closest confidant.

If the party is plummeting in the polls, make yourself scarce when party handlers come looking for a group photograph featuring the leader.

5. What are you even doing in Leinster House?

You should not even be here. As Tipp O’Neill said, all politics is local.

Your invaluable contribution to the debate on equal rights or civil liberties is all very well, but it’s not going to butter many parsnips in your own constituency - where your rivals are knocking on doors, raising local issues, kissing babies, attending funerals and getting yards of coverage in the local papers and on local radio.