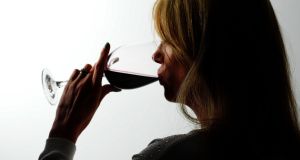 Taoiseach Leo Varadkar has warned the Government does not want any further amendment to the proposed legislation. Photograph: Ian West/PA Wire

Drinks lobbyists have dismissed links between alcohol and cancer and claimed the carcinogens were more like “burnt toast”, the Dáil has heard in the opening Dáil debate on the Public Health (Alcohol) Bill.

Sinn Féin health spokeswoman Louise O’Reilly said TDs had come together to silence the drinks lobby which claimed they were being a “nanny state”.

Ms O’Reilly said “the relationship between alcohol and cancer and that it is implicated in seven forms of cancer, including liver, breast, bowel, mouth, throat, oesophageal and laryngeal cancers, is a medical fact”.

She said it was dismissed by some in the alcohol industry “who likened it to the carcinogens in burnt toast. You’re unlikely to find a health care professional in the accident and emergency department of any hospital who has recently treated a person for the harmful effects of burnt toast.

“Likewise, I doubt that any member of An Garda Síochána has attended the scene of a burnt toast-related incident.”

Minister for Health Simon Harris, introducing the Bill said Ireland is the fourth heaviest-drinking nation in the OECD in terms of the quantity of alcohol consumed. “Irish people between the ages of 18 and 24 are top in the EU for binge-drinking, that is, drinking six or more drinks on one occasion. Ireland also ranks joint third for binge-drinking in a World Health Organisation analysis of 194 countries.”

Mr Harris said TDs would not have heard these statistics from the drinks industry “in its endeavours to scupper this legislation. Alcohol consumption in our country is not falling either. In 2015 it was at 10.9 l of pure alcohol per capita but figures from the Office of the Revenue Commissioners indicate that our consumption levels increased in 2016 to 11.46 litres”.

The Minister and Ms O’Reilly were speaking after claims by the Alcohol Beverage Federation of Ireland that mandatory cancer warning labels on alcohol products will put a “stigma” on Irish drinks.

It said the labelling and advertising provisions of the controversial Public Health (Alcohol) Bill will give international competitors a sales advantage.

It’s director Patricia Callan emailed TDs on Tuesday before the opening of the Dáil debate on the legislation and said the Bill’s provisions “will not achieve their public policy objective” but would “seriously damaging a thriving indigenous rural-based sector”.

The legislation has seen some of the most intense discussion, controversy and lobbying of any Bill in the Oireachtas in recent years and took two years to get through the Seanad.

Ms Callan said “no other country in the world has mandatory cancer labels on alcohol products. Such a measure applies a stigma to products produced in Ireland and gives a clear advantage to competitors abroad who are not required to carry such labels”.

She appealed to TDs to raise these concerns during the Dáil debate, and said the Bill would cost media €20 million in lost alcohol advertising revenue, which would instead go to international media broadcasting in Ireland.

“Despite an almost complete ban on advertising in France since 1991, the new restrictions did not accelerate the decline in consumption,” she said, adding that youth and underage drinking “continues to be a serious problem there”.

Keith Fagan, country director of Molson Coors, also emailed TDs, saying said that in his opinion, the Bill’s labelling and advertising provisions “will have a negative impact on competition in the Irish drinks industry and subsequently my business”.

Mr Fagan also called on TDs to raise their concerns with Minister for Health Simon Harris during the debate. “Limiting my ability to advertise effectively gives a competitive advantage to the bigger and more commonly known brands,” he said. “It is important that your concerns are raised during the debate, that they appear on the Dáil record and that Minister Harris actually commits to doing something about what I hope are our common concerns during this debate.”

The emails follow comments by Taoiseach Leo Varadkar last week to the Seanad warning that the Government did not want any further amendment to the legislation.

The industry and retailers have targeted several TDs in their lobbying campaign to water down elements of the Bill requiring health warning labelling on alcohol products.

One Fianna Fáil TD said there had been an “intense” lobbying effort from the drinks industry and other groups ahead of the legislation coming before the Dáil this week.

“The advertising and labelling elements of the Bill are being targeted this time. You fear it’s an attempt to chip away at the legislation further until all we are left with is minimum pricing,” he said.

The TD, who supports the Bill, said he had received a large blitz of emails and communications in recent weeks from lobbyists, which he described as trying to pit “public health against protecting jobs”.

The legislation introduces minimum unit pricing, structural segregation of alcohol from other products in supermarkets and other retail outlets, provides for detailed health warnings on labels including links between alcohol and cancer and imposes restrictions including a 9pm broadcasting watershed before which time alcohol advertisements cannot be aired.