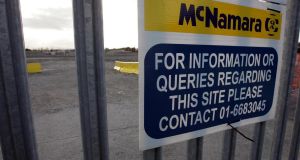 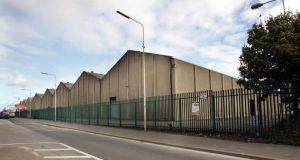 
A former Dublin Docklands Development Authority board member, who was also a senior Department of the Environment official, has expressed “deep regret” at the failure of the Irish Glass Bottle development.

Mary Moylan, who was head of the department’s planning division, said she did not tell then Minister for the Environment Dick Roche when the price of the Ringsend site almost doubled from €220 million to €412 in just over a fortnight.

She yesterday told a Dáil Public Accounts Committee that it “would have been better” if the Minister had been told the actual cost of the site before the deal was made.


Spanish board meeting
She told the committee that at a board meeting, held in San Sebastian, northern Spain, on October 3rd 2006, the authority’s chief executive Mr Maloney said he was in negotiations with an unnamed developer in relation to the purchase of the glass bottle site.

On October 12th Ms Moylan received a letter from Mr Maloney asking her to seek Ministerial approval to increase the authority’s borrowing capacity to the statutory maximum of €127 million. The letter placed a value on the site of approximately €220 million. Ms Moylan said she discussed the submission with Mr Roche who agreed, subject to the consent of the Minister for Finance.

Minutes of the next board meeting on October 20th show there were discussions in relation to acquiring the site in a joint venture with developer Bernard McNamara for a sum in the region of €275-€375 million.

On October 24th the board agreed that the authority would take a 26 per cent stake in the venture with Mr McNamara with a purchase price of €375 million. The board agreed this was a “reasonable figure”, Ms Moylan said. On the same day ministerial consent was received.

Shortly after this meeting Mr McNamara said a bid of €412 million would be more realistic. The board agreed to the increase on condition Mr McNamara “make up the difference” Ms Moylan said. In early November a slightly lower bid of €411 million was made and accepted for the site. It was after this bid was accepted that the Minister was told the actual cost of the site.

When asked by Fine Gael committee member Paschal Donohoe the reason for the huge increase in price Ms Moylan said: “valuations at that stage were fluid”. When asked why she did not inform the Minister of the increase she said his approval was not required. “Looking back at it now, in the light of all that has happened since 2006, it would have been better had the Minister been made aware of the final bid price,” she said.

The committee began its inquiry last year after a report by the Comptroller and Auditor General found serious shortcomings in the glass bottle deal. The final purchase price was €431 million. The site was valued last year at €45 million. The authority is in the process of being wound down.

Mr Hogan suspended the hearings last July because of a legal action taken against the authority by Mr McNamara for €100 million in damages. The action was subsequently dismissed.