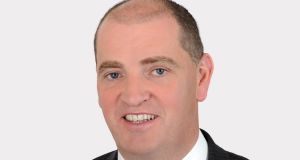 Minister of State for Defence Paul Kehoe says the Government is committed to maintaining the strength of the Defence Forces at 9,500 personnel, but there are currently 9,044 members.

There are fewer members of the Defence Forces now than there were two years ago despite a significant recruitment campaign, according to Fianna Fáil.

Ms Chambers claimed there was “clearly a retention crisis and it’s time the Government finally got its head out of the sand and addressed it”.

Mr Kehoe said the Government was committed to maintaining the strength of the Defence Forces at 9,500 personnel, but there are currently 9,044 members.

The Minister said the 2015 White Paper on Defence recommended a permanent force of 7,520 Army, 886 Air Corps and 1,094 Naval Service personnel.

Mr Kehoe added that “with the support of the chief of staff and within the resources available, it is intended to retain the capacity of the Defence Forces to operate effectively across all roles and to undertake the tasks laid down by Government both at home and overseas”.

But criticising the Government, Ms Chambers said the Taoiseach, who is also Minister for Defence, “may make claims in the Dáil that more people are applying to join the Defence Forces than there are positions available, but that simply shows the extent of his denial on this matter”.