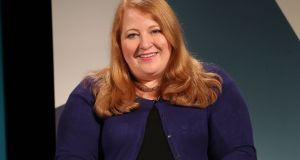 Alliance Party leader Naomi Long has said she is stepping aside from her role for up to 10 weeks to recover from surgery for endometriosis.

In a social media post, Ms Long (45) revealed she had been suffering from a “very aggressive” form of the condition for most of her adult life.

Endometriosis is a condition in which the layer of tissue that normally covers the inside of the uterus grows outside it in other parts of the body, such as the bowel, ovaries and bladder.

The Belfast East MLA said chronic pain and other symptoms of the condition had become “increasingly severe and hard to manage over the last few years” and has resulted in emergency admissions to hospital.

Her operation, due to take place on Tuesday, had originally been scheduled for January but was postponed, first because of the Stormont Assembly collapsing and then due to the UK general election in June and subsequent talks to restore devolution.

She said she will now be putting her “health first” and will be off work for eight to 10 weeks for recuperation.

A prolific Facebook and Twitter user, Ms Long said she is taking a break from social media during her recovery, but joked that “no doubt my self-imposed social media ban will be broken soon enough”.

Alliance deputy leader Dr Stephen Farry will be running the party in her absence and taking on the lead negotiating role should talks resume next month on forming a government in the North.