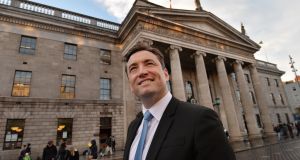 The man who previously led the Government’s controversial Strategic Communications Unithas been asked to coordinate the public communications campaign on the coronavirus outbreak.

John Concannon was head of the short-lived unit, criticised by opposition politicians for being a ‘spin department’, before it was disbanded after controversy over its handling of aspects of the Project Ireland 2040 campaign.

Mr Concannon is currently vice president at NUI Galway and also has responsibilities in the Department of Foreign Affairs.

A spokesman for the Government said that as part of its “communications response to Covid-19 and the escalating nature of the situation, John Concannon has been enlisted to specifically coordinate public information communications across Government and its agencies”.

“He has extensive experience in various Government departments including Foreign Affairs, Culture, Tourism, and the Department of the Taoiseach, and has worked on major large-scale initiatives like the 1916 Centenary programme,” the spokesman said.

The disbanded unit faced criticism over “advertorial” material it placed in newspapers which were seen as favouring Fine Gael election candidates, a charge strenuously denied by Mr Concannon.

The most senior civil servant in the State, Martin Fraser, examined the matter. While his report exonerated the unit, it said it should have had more control over the content that appeared in newspapers.