Call for third-level students to pay more than €4,000 a year 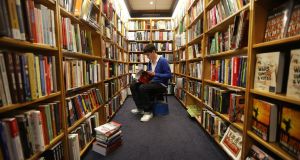 A proposed increase in college and university fees to €4,000 per year will not be enough to solve the funding shortfall in the third level sector and student contributions should be raised even further, an official briefing document has said.

The document, prepared by officials for Minister for Public Expenditure and Reform Paschal Donohoe, outlines the recommendations of a report on third level funding.

The report, carried out by Peter Cassells, is still being finalised. But the document prepared for Mr Donohoe on his recent appointment says it will recommend a student loan scheme “with the current €3,000 charge being converted to a €4,000 fee that is repayable when the student enters paid employment above a certain income levels”.

The last government’s decision to increase third level registration fees to €3,000 caused controversy, but the sector has consistently said it is facing serious financial difficulties.

The Public Expenditure and Reform (PER) document, however, says that Mr Cassells’s proposals are unlikely to solve the funding shortfall and argues for an even higher increase in student fees.

It also says a system of student loans will take years to introduce even if there is political will to do so.

“Of concern to PER is that the student loan scheme in itself does not really address the funding gap,” it says. “It delivers the prize of ‘free at point of entry’ for students, but the group’s primary objective was to resolve the funding issue for institutions. We believe that a sustainable model requires a greater student contribution.”

It also says the proposal for a student loan is “socially regressive” because all students would have to repay their fees.

“Currently, 50 per cent of students are exempt from paying the €3,000 student charge on the basis of family income levels,” it adds.

It also argues for a greater input from employers towards funding the third level sector, and says this could be done by increasing the national training fund levy of 0.7 per cent payable on employees’ pay to 1 per cent. This would yield €150 million per year.

The PER document also outlines that Mr Cassells’s report says current expenditure on third level needs to be increased to €1 billion by 2030, with a €600 million increase needed by 2021.

“A capital investment requirement of €5.5 billion over the next 15 years is also identified, as well as an additional €100m for student financial aid,” it adds.

The Cassells report will, in general, find “the sector requires significant investment, noting that increasing participation coupled with reduced resources in the recession years is impacting quality”.

It will also stress “that it must be deemed a priority and the consequences of inaction will be far-reaching”.

“A large section of the report explores the option of a student loan scheme, with the current €3,000 charge being converted to a €4,000 fee that is repayable when the student enters paid employment above certain income levels,” the PER document says.

“Ultimately third-level is a labour-intensive sector, so funding increases means improved student-staff ratios which are regarded globally as the proxy for quality.

“Restoring these ratios to pre-recession levels would cost approx €500 million.”