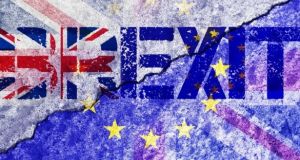 A certain amount of a product’s parts, usually about 55 per cent, must originate in the EU in order to qualify for free trade arrangements.

European businesses are being warned not to use British made parts in their export products ahead of Brexit, according to a report.

Citing an example from the Dutch government, Sky News reported that exporters in The Netherlands were told “if a large part of your product consists of parts from the UK” domestic exporters may lose free trade access under existing deals.

Brexit, it said, will have consequences for exports outside the EU.

“After Brexit, parts made in the UK no longer count towards this minimum production in the European Union. ”

A certain amount of a product’s parts, usually about 55 per cent, must originate in the EU in order to qualify for free trade arrangements.

The Dutch government told its companies that UK parts “no longer count” in an official “Brexit impact scan”.

The EU itself has already said that “as of withdrawal date, the UK becomes a third country” and that parts from there no longer qualify.