Bruton not consulted on decision to halt vote management with Noone

After ‘autistic’ comments, Noone request to speak to media declined over mock interview 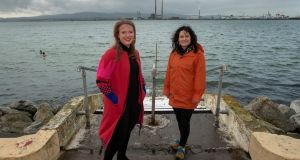 Minister for Communications Richard Bruton was not consulted about a decision by Fine Gael headquarters to pause a vote management arrangement between him and his running mate Catherine Noone.

Ms Noone was involved in controversy earlier this week after calling Taoiseach Leo Varadkar “autistic”, although she later apologised.

Letters have been distributed in five-seat Dublin Bay North, where Ms Noone and Mr Bruton are standing for Fine Gael, dividing the constituency into sections which would see party supporters asked to give a first-preference vote to a specific candidate.

Such an approach is common to maximise the party vote but following the controversy over Ms Noone’s comments, a decision was made to pause any further vote-management pact.

This was reported by The Irish Times earlier this week after confirmation by local party sources and senior figures in the national Fine Gael organisation.

Speaking in Waterford on Thursday, Mr Bruton said: “Fine Gael headquarters did make a decision to pause the delivery of a particular leaflet. That was something that I was never consulted about.”

He said, however, it was not the case that the overall approach had been changed “and that I was free to roam all over” the constituency. “That was never the case. The position is we had never changed. We had divided the constituency between us.”

He said he and Ms Noone would continue to work for two seats.

The decision to pause the vote management came after a series of meetings between Ms Noone and senior party figures, including Minister for Finance Paschal Donohoe who is Fine Gael’s director of elections, and Tom Curran, the general secretary.

During the meetings, Ms Noone is understood to have asked that she be given the opportunity to explain herself in a broadcast media interview.

Mr Donohoe and Mr Curran stipulated that she first be assessed in a mock interview by the party press office before agreeing to such a request.

Sources said that following the mock interview, it was decided not to put Ms Noone out on the national airwaves.

Mr Bruton said party headquarters made decisions on allocations of time and videos on a daily basis, adding that he had not afforded any great significance to the mock interview.

“The truth is we are out on the ground. We are working to deliver the two seats in Dublin Bay North and I believe we will do that.”

Mr Donohoe said: “In terms of the status of Catherine’s campaign, she is out campaigning at the moment, canvassing in Dublin Bay North.”