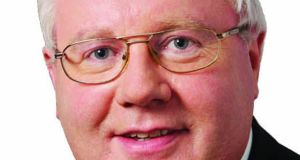 A former minister and chairman of the Oireachtas foreign affairs committee in the last Dáil, Cavan- based TD Brendan Smith secured the seat he has held since 1992. Chairman of the Fianna Fáil parliamentary party he has been consistently vocal in the Dáil on Brexit and Border-related issues because of the significant impact on his constituency. A former chairman of the British-Irish Inter-Parliamentary body he has served in a number of ministerial roles. Minister for agriculture from 2008 to 2011 he faced a major backlash when he proposed the use of a EU scheme to provide free cheese to low-income families during the economic meltdown. For two months in 2011 he also picked up the justice portfolio when the doomed Fianna Fáil-Green Party coalition fell apart. He served as a minister of state for food from 2004 to 2007 and minister of state for children in 2007.