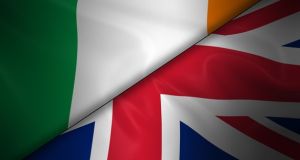 Over time, UK and EU regulations may increasingly diverge.

A leading academic expert on agriculture has said Brexit could have serious consequences for Irish farmers and food producers.

Dr Alan Matthews, emeritus professor of European agricultural policy at Trinity College Dublin, has said that if the UK leaves the customs union and adopts a much lower level of tariff protection than at present, “future prices on the UK market are likely to be significantly lower than today”.

He said that in addition to this, a weaker sterling would also make the UK market less attractive.

Prof Matthews was making a presentation to the Oireachtas Joint Committee on Agriculture, Food and the Marine. He said that in such a scenario Irish exporters would lose much of the trade transfer on exports to the UK to which they have become accustomed.

“Exiting the customs union will also require the re-introduction of some form of Border controls including the land Border with Northern Ireland.

“If the UK and the EU fail to maintain free trade in agri-food products after Brexit, either because of deliberate negotiating strategy or simple chaos around the Brexit negotiations, the position of Irish agri-food exporters is obviously even worse.”

In the event of the UK exiting the single market, he said, the mutual recognition principle would no longer apply.

He gave an example of this principle in operation: “If the UK veterinary authorities approve a Welsh meat processor for processing lamb, that lamb can be sold on the French market without the need for further approvals.”

He said that in the post-Brexit UK (outside the single market), even if regulations remain exactly the same, “imports across the Northern Ireland Border into Ireland will be subject to additional administrative, testing and inspection requirements.

“Over time, UK and EU regulations may increasingly diverge, for example, if some devolved administrations in the UK permit the use of genetically-modified crop varieties, or pathogen removal treatments on meat carcasses not allowed in the EU, or crop protection products which might be banned in the EU.”

1 ‘If all the immigrants go back, who will work in the meat factories and do the crap jobs?’
2 DUP pleads with UK to reduce salary threshold for migrant workers coming to North
3 A Russian cruiser with ‘cannibal rats’: What other ‘ghost ships’ could be out there?
4 Jewish council dismayed at Sinn Féin TD’s ‘unacceptable’ tweets
5 Woman sues over catching Legionnaires’ Disease in luxury hotel spa
Real news has value SUBSCRIBE