Nama, student grant system Susi and an Garda to come under new legislation 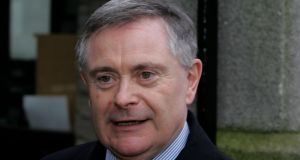 The Bill was published by Minister for Public Expenditure and Reform Brendan Howlin and contains a clause making it an offence to “wilfully and without lawful excuse” either destroy or alter a record which is the subject of an FOI request. The maximum penalty for this offence will be a fine of up to 4,000.

Ombudsman Emily O’Reilly said the Bill was positive for transparency but added its effectiveness would only become clear once people start using the laws to make requests.

Speaking on RTE Radio One’s Morning Ireland, Ms O’Reilly said Mr Howlin had had to “fight quite a battle” with some public bodies to ensure that they were included.

The Bill will apply to a number of high-profile public bodies including Nama; the body that administers third-level grants, Student Universal Support Ireland (Susi), and Education and Training Boards subject to a restriction on records which would enable school league tables to be compiled.

The Central Bank will also be brought under the legislation. The European Central Bank (ECB) secured amendments to the proposed Bill and records that are subject to professional secrecy obligations under EU law will be exempt.

Ms O’Reilly said other bodies may be included under the legislation in future but said a discussion was required about how much public money an organisation had to receive before becoming subject to FoI.

While the upfront application fee of €15 per non-personal request will be retained but the charge for an appeal will be reduced from €150 to €50 and the cost of initiating an internal review process will go down from €75 to €30.

In 2003, under the then Fianna Fáil-led government the scope of the Freedom of Information Act (1997) was restricted and the fees associated with requests and appeals were increased.

In a statement accompanying the publication of the Bill Mr Howlin said the “restoration and extension of FoI is central to the delivery Government’s reform agenda to secure greater openness, transparency and accountability of public governance.”

He said in addition to reversing the substantive restrictions on FoI introduced in 2003 and extending FOI to all public bodies the Bill “contains a number of important innovations to update, modernise and enhance Ireland’s FoI legislation”

The Minister also highlighted a provision in the Bill which confirms the general right of access to records held by public bodies that this right should only be set aside where exemptions clearly support a refusal of access.

However, the Bill provides for some exemptions so as not to diminish the ability of such bodies to perform their core functions, or in the interests of the security or financial interests of the State.

Among the exempt agencies are semi-states, including An Post, Coillte, ESB, Bord Gáis, Bord na Móna, CIE, the DAA, the Irish Aviation Authority, Irish Water, the VHI and a number of harbour companies.

The absolute exemption for records relating to the tactics, strategy or operations of the

Records including Cabinet papers from as recently as April 2008 will become accessible for the first time, meaning documents relating to the controversial bank guarantee which was implemented in September of that year are likely to be sought.