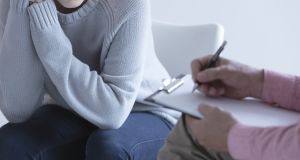 The two new amendments seek to make a medical practitioner keep a record of certain information including the age, marital status, ethnicity, gravidity and parity of the pregnant woman. Photograph: iStock

A number of anti-abortion TDs have proposed new changes to the abortion legislation which would require a doctor to report whether a woman had any previous abortions, what age and ethnicity she is and whether she is married.

If a medical practitioner does not do this, they could be fined or jailed for up to five years.

TDs such as Peadar Tóibín and Mattie McGrath submitted further proposed changes to the Regulation of Termination of Pregnancy Bill late last week. The Bill is due to be debated in the Dáil later this evening.

The two new amendments seek to make a medical practitioner keep a record of certain information including the age, marital status, ethnicity, gravidity and parity of the pregnant woman.

The medical practitioner would also have to provide information on the number of any previous pregnancies resulting in live births, still births over 24 weeks, spontaneous miscarriages, ectopic pregnancies and previous abortions.

Doctors would also have to state whether the pregnancy was “singleton or multiple.”

The amendment further states that “where the termination was a selective termination, the original number of foetuses and the number to which they were reduced” would have to be reported by the doctor.

The practitioner would also have to record information on whether a live birth followed a termination and “if so what the outcome was.”

Information would also have to include whether a woman died as a result of a termination, along with the date and cause of death.

If doctors do not collect this information they will be guilty of an offence which could carry up to five year in jail, or a fine.

The TDs also want the Minister for Health of the day to prepare a yearly report on these notifications.

Independent TD Michael Collins said the new proposed changes were discussed at committee stage, but have now been introduced into the report stage debate in the Dáil which is ongoing.