Dubliner will oversee event until 2019 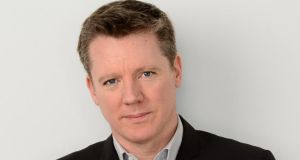 Fergus Linehan has been appointed director of the Edinburgh International Festival.

Fergus Linehan has been appointed director of the Edinburgh International Festival.

He previously served as director of the Dublin Theatre Festival and the Sydney Festival in Australia.

He currently works with a number of international arts companies and Government agencies including the Sydney Opera House where he is reviewing theatre and dance programming and Dublin City Council. He was head of music at the Opera House from 2010 to 2012.

The Edinburgh festival is an annual event held over three weeks in August. It brings together top class performers of music, theatre, opera and dance from around the world and also hosts a series of visual art exhibitions, talks and workshops.

Linehan said he was delighted and “deeply honoured” to be appointed.

Asked whether he saw the role as a chance to promote Irish acts and talents, he said everyone brings what they know to a role.

“It is an international festival – you don’t set out to promote any particular act. You want to create the best programme… but people draw on what they know and what they’re emotionally connected to. In Sydney I presented Martin Hayes and [productions from] the Gate.”

He described the festival as “towering above” other festivals rather than being in direct competition with them.

“It’s a real international platform for artists,” he said.

Willie White, director of the Dublin Theatre Festival, said it was fantastic news, describing the role as “extremely prestigious”.

“It’s great for Fergus and great for the festival. He has a great track record in theatre in Dublin… and he made a fantastic impact in Sydney.”

“Edinburgh is one of the biggest festivals in the English-speaking world, known for the world-class calibre of its artists. It will be very interesting to see what stamp Fergus will put on it”.

President Michael D. Higgins congratulated Mr Linehan on his new role, saying he had done much to enhance the reputation of Ireland through his work on the Dublin Theatre Festival and at the Sydney Festival.

“His commissioning of new work by Irish writers, composers and choreographers is one of the generous characteristics he has brought to all his work and I am sure that it will serve him well in this new project,” he said.

Mr Linehan begins the role on a part time basis in order to start planning the programme for the 2015 festival before moving into the job full-time in October 2014. He will move to Edinburgh to take up the position which covers five festivals from 2015 to 2019.