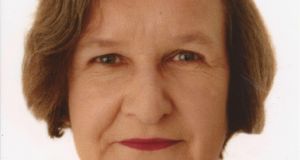 A Waterford woman who suffered three heart attacks had to wait 19 hours for an emergency operation because of the lack of cardiac services in the city at weekends.

Waterford is the only major cardiac centre that does not operate around the clock, a source of major anger in the city.

Una McDermott’s family has called for the roll out of 24/7 cardiac services nationally following her death after an unsuccessful attempt to airlift her to Cork.

Ms McDermott suffered a cardiac event while out driving with a friend near her home in Carrick-on-Suir on Sunday March 4th . They presented at the emergency department at University Hospital Waterford, arriving at 2.30pm.

She suffered a second cardiac event in the hospital and staff had to resuscitate her, whereupon a decision was taken to transfer her by air ambulance to Cork.

However , she suffered another cardiac event on the way to Waterford Airport and staff again had to resuscitate her. Fearing she might not survive the journey, it was decided to bring her back to hospital in Waterford, where she was admitted to intensive care.

“We saw her that night at around 8.30pm in the ICU and what they were doing was essentially a holding operation,” said Ms McDermott’s sister Eva Creely. “They were waiting for the cardiac unit come on stream the next morning so they could do a stent operation.”

The stent was inserted but Ms McDermott had suffered significant brain damage and died on March 22nd.

Ms Creely said it was impossible to predict what would have been the outcome for her younger sister after she suffered the first heart attack but the lack of 24/7 services at Waterford reduced the medical options available. Ms McDermott had a history of previous cardiac events.

“People in Waterford and the south-east pay exactly the same sort of taxes and the same health insurance as people in other parts of the country and yet have to be transferred out of their area at weekends because there are no cardiac services available and that issue needs to be addressed.”

A spokesman for the South/South West Hospital Group, which includes UHW, declined to comment.

The lack of 24/7 cardiac services in Waterford is expected to be highlighted at the inquest on Thursday of Thomas Power, who died last June while being transported by ambulance to hospital in Cork because the treatment unit he needed was not open in Waterford.