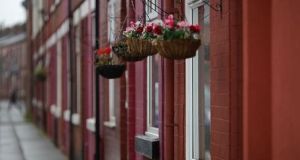 The Government moved to clamp down on how overseas buyers of Irish property used ultra tax-efficient structures to minimise their tax bills. File photograph: Getty Images 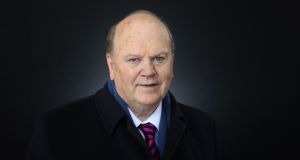 The overwhelming majority of attempts by vulture funds to influence a tax clampdown by the Government did not have to be declared under official State rules on lobbying.

The Government is now facing calls to tighten up its own lobbying regime from the person who initially drafted the rules, Labour leader Brendan Howlin.

It follows the publication last week by The Irish Times of details of a deluge of lobbying from US vulture and property funds, as the Government moved to clamp down on how overseas buyers of Irish property had used ultra tax-efficient structures to minimise their tax bills.

Minister for Finance Michael Noonan first signalled last April, amid growing Opposition pressure, that he would close off loopholes allowing so-called vulture funds to avoid tax on profits made from Irish property.

The overwhelming majority of over 100 documents released to The Irish Times did not have to be declared under the regulation of lobbying rules.

The Regulation of Lobbying Act lists those working in government who are “designated public officials”, including ministers, TDs, advisers and officials. Lobbying of these designated officials must be declared.

Public servants at the level of secretary general, second secretary, deputy secretary, assistant secretary and director of a public service body are designated officials under the Act but anyone of lower rank is not.

The majority of engagements with the department were with officials who were not senior enough for the lobbying to be declared. Any engagements that required declaration were registered.

Mr Howlin, who drafted the rules when he was minister for public expenditure and reform, said they now had to be expanded in light of the lobbying by vulture funds.

For example, Oaktree Capital wrote a number of letters to the Department of Finance, one of which said its investors had already “questioned the rationale for our ongoing activities generally in Ireland in light of the prospective tax changes”.

A spokesman for Oaktree said, however: “Neither Oaktree Capital, nor any of its affiliated entities, were required to file a return with the Register of Lobbying because the addressee of the letters in question is not a ‘designated public official’.”

Others, such as CarVal and Hammerson, said they had filed the required returns. Other engagements with the department fell outside the requirements.

“Tax policy is a particularly important part of public policy. Our tax system must be just and fair,” Mr Howlin said “And continuing to allow vulture funds to influence tax policy under the radar is downright unfair to families across Ireland who have no such access.”

He said Minister for Public Expenditure and Reform Paschal Donohoe needs to bring “middle-management grades” of the public service under the Act to “ensure the lobbying by vulture funds can no longer be hidden in the shadows”.

A spokeswoman for Mr Donohoe said “no concern was raised” during a recent review of the lobbying Act about “vulture funds hiding from lobbying or otherwise”. The spokeswoman also said widening the Act to include more Civil Service staff could make it “unwieldy”, although she said the matter would be kept “under review”.