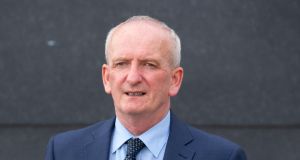 Two creches in Dublin have been ordered to close early in the new year by Tusla after repeated, serious failures to ensure the premises provided a safe environment for children.

Bubbles Too creche in Swords and Annie’s Playschool in Lucan have been instructed by Tusla, the child and family agency, to close from January 10th, 2020 after it decided to remove their names from the register of early years service providers.

Tusla said the decision to remove both services from the register was taken following the end of an extensive enforcement process. The two providers have 21 days to challenge Tusla’s order in the courts.

Tusla said the two services had been removed from the register for “repeated and serious failures to comply with regulations”.

“This includes a failure to assure Tusla that the service is effectively governed and that they will make the necessary improvements to deliver a safe service,” a spokeswoman said.

Tusla chief executive, Bernard Gloster, said decisions to close childcare facilities were the exception and were only taken after careful consideration and a lengthy process.

He said Tusla acknowledged the impact the closures would have on parents and children using the services and the staff employed in them.

“Every effort is made to avoid reaching this stage of the regulatory process. However Tusla’s primary concern is the safety and well-being of children at these services,” Mr Gloster said.

Tusla said information about closures was now made public at the earliest opportunity to assist parents in making informed decisions.

Mr Gloster said Tusla had also notified the Department of Children and Youth Affairs about its concerns at the two crèches.

He said the agency would expedite any applications to register new childcare providers in Swords and Lucan or any applications for a change in circumstances, such as ownership, in those areas to assist parents in finding alternative childcare facilities.

Linda McDaid, the registered person in charge of Bubbles Too, which is located in the Feltrim Industrial Estate in Swords, was unavailable for comment when contacted on Thursday evening. The crèche has a capacity for around 80 children and has a core staff of 13, according to the latest Tusla inspection report.

The owner of Annie’s Playschool on Ballyowen Lane, Lucan, Antoinette Nwaokaire, said she did not wish to comment as she “still had information” to give to Tusla.

The latest closure orders come less than a month after Tusla instructed four Dublin crèches run by Hyde & Seek to de-register after a series of non-compliances with regulations were highlighted in an RTÉ Investigates documentary.

A total of 12 services have now been removed from the register since revised regulations came into force in 2016.

Tusla also confirmed that 99 per cent of over 4,100 registered service providers had begun the re-registration process ahead of a deadline at midnight on Thursday.

The agency said every effort would be made to facilitate and verify any remaining services that have yet to re-register.

Tusla also revealed that it had become aware of nine operators providing childcare services without being registered during 2019.

Mr Gloster said it normally issued a “cease and desist” letter to the service and advised it to seek registration immediately.

He said Tusla sometimes sought a warrant from the District Court to inspect an unregistered facility and gather evidence.

Mr Gloster said the agency was satisfied with the outcome and process in respect of all nine unregistered services identified this year and pointed out the vast majority of service providers were compliant with regulations.

“Problems for this small number are a normal feature of any regulated sector where the care of people is central to the activity,” he added.