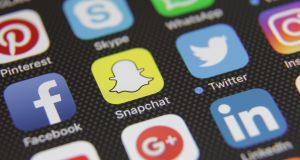 Twitter, Facebook, Microsoft and YouTube announced the formation of the Global Internet Forum to Counter Terrorism, which they said would continue to make their services ‘hostile to terrorists and violent extremists’.

Twitter is becoming less effective as a platform for so-called Islamic State (IS) terrorists, due to the rapid take-down rate of pro-IS accounts from the site, researchers at Dublin City University (DCU) have found.

A study conducted as part of the VOX-Pol project, with the University of Sussex, found that IS accounts faced “substantial and aggressive disruption” with over 65 per cent of the analysed accounts suspended within 70 days of their establishment.

Twitter and other social media platforms such as YouTube have been increasing their use of artificial intelligence to identify such content and to remove it rapidly.

However, the researchers warned that as the predominant focus for disruption is IS, this has enabled a wide range of other disparate violent jihadi groups to maintain a strong social media presence.

Professor of international security at the School of Law and Government at DCU, Maura Conway, said the study sought to measure the impact of social media disruption of terrorism content and how effective the monitoring and removal of such content has been.

“Our findings show that Twitter is strongly focused on disrupting Islamic State, which means that the platform is now a much less conducive environment for the group than it once was,” said Prof Conway, co-ordinator of the EU-funded VOX-Pol programme examining online political extremism.

“However, this has enabled other violent jihadi groups to maintain their presence and to continue to spread their message with much less hindrance than that faced by IS.”

The research is published in Disrupting Daesh, Measuring the Takedown of Online Terrorist Material and Its Impacts, co-authored by Prof Conway with Moign Khawaja, also of DCU, Dr Suraj Lakhani, Dr Jeremy Reffin, Dr Andrew Robertson and Prof David Weir, all of the University of Sussex.

Researchers found that as the other jihadi accounts were not experiencing the same level of take-down by Twitter, they were able to send six times as many tweets and follow or “friend” four times as many accounts and gain 13 times as many followers as pro-IS accounts.

Just 1 per cent of accounts termed “other jihadi” in the study experienced any disruption in the first five days after their creation while a quarter of pro-IS accounts were immediately suspended.

The research also highlights that Twitter is just one part of a wider jihadi social media network. Analysis of links posted in March, April and May found that pro-IS accounts linked to 39 other sites.

The researchers recommended examining the whole jihadist social media environment and of taking other groups into account besides IS, as well as examining the activity of IS and other jihadist activity on the encrypted chat app Telegram.

Prof Conway, who has also written extensively about the far right, said the project was considering expanding its work to look at such accounts online, but that identifying them was not as easy.

“There’s a problem in the sense that they’ve entered into the mainstream. There’s fairly wide agreement in terms of an anti-IS response; it’s much harder to get agreement on an anti-extreme right response. There are people on the extreme right in government,” she said.

“And there’s an issue as well in that they are kind of ‘us’. We can present IS as some kind of alien ‘them’.”

In June, Twitter, Facebook, Microsoft and YouTube announced the formation of the Global Internet Forum to Counter Terrorism, which they said would continue to make their services “hostile to terrorists and violent extremists”.

The study, published on Tuesday, was partially funded by a grant from the UK Home Office.

1 Des Bishop apologises to Traveller community for comments in interview
2 One hundred Irish retailers for all your online Christmas shopping
3 A further three deaths and 1,167 new Covid-19 cases reported in the Republic
4 Martin only told of contact tracing problem when texted Irish Times story
5 Covid-19 restrictions in Europe: how does Ireland compare?
Real news has value SUBSCRIBE