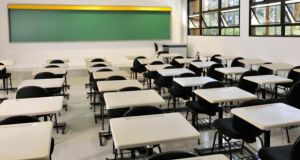 The Teachers Union of Ireland (TUI) is to urge its members to reject the proposed new Lansdowne Road public service pay deal in a forthcoming ballot.

The Teachers Union of Ireland (TUI) is to urge its members to reject the proposed new Lansdowne Road public service pay deal in a forthcoming ballot.

The TUI has also said that it will not be bound by any aggregate vote of all public service trade unions on the proposed agreement.

Separately the the central executive of Impact, the country’s largest public service trade union, has backed the proposed new accord.

It has urged the union’s 60,000 members to accept the proposed agreement in a ballot which will get underway from next week.

Impact said that in recommending acceptance of the deal in the ballot, the union’s executive “acknowledged that the new agreement achieved the essential objective of fairness by taking a flat rate approach to pay restoration”.

“The executive further welcomed the fact that the agreement marked the first step forward on pay in the public service since emergency legislation (FEMPI) was introduced by the Government in 2009.”

It is understood that the executive of the TUI was concerned that issues such as additional hours, which members had been required to work as part of productivity measures agreed under the previous Haddington Road and Croke Park agreement, were not reversed under the proposed new accord.

TUI president Gerry Quinn said: “Research has demonstrated that our members in institutes of technology are experiencing high levels of work related stress as a result of the additional ‘flex’ hours given for the duration of the Haddington Road Agreement.

“The delivery of these two hours of lecturing requires a multiple of hours in terms of preparation and associated work. This imposition is disproportionate, unfair and unsustainable. It is completely unacceptable to lecturers that it would continue as part of the new proposals.”

“At second level, teachers are frustrated and disillusioned by the extra hours of bureaucracy and administration required under the Croke Park and Haddington Road agreements. Again, it is completely unacceptable that they would form part of any future agreement.”

The TUI will not be carrying out a ballot of members on the proposed deal until the autumn.

On Tuesday, higher civil and public servants said they were disappointed with the proposed new agreement.

The Association of Higher Civil and Public Servants union said its members had been treated in an “inequitable manner”.

The Irish Times reported on Saturday that under 11th-hour revisions to the pay document put in place following talks between Ministers, original proposals to provide a € 1,000 boost to those earning more than € 65,000 in the public service in 2017 were shelved.

The association has 2,850 members - largely at assistant principal and principal officer level in the Civil Service.

Members of the association will benefit from pay restoration provisions contained in the previous Haddington Road agreement on public service pay and productivity.