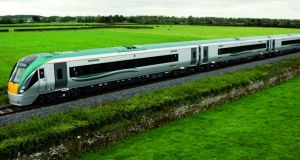 Train users are facing an autumn of misery following a warning from unions that drivers are to be balloted on industrial action.

According to the National Bus and Rail Union drivers “have an expectation that they will be balloted” on action following what they claim is a downgrading of their roles, new responsibilities and a lack of respect from the company for their position.

An NBRU spokesman said drivers had agreed “to contribute some of their pay to the financial situation at the company”, but instead of gaining respect from the company for their action, were being downgraded to “customer service agents”.

He said a ballot would be organised “within weeks”.

Referring to anger among drivers the spokesman instanced a situation where a driver may be required to handle a six-carriage, three-and-a-half hour journey from Dublin to Sligo while being the only train crew member on board to respond to passenger calls on the train intercom system.

Drivers have also been asked to implement new safety standards which the NBRU said was the latest of several new responsibilities without any improvement in their pay or conditions.

In other areas members of Irish Rail’s Revenue Protection Unit, or ticket inspectors, who issue fines to passengers have complained of a requirement to sign fines, identifying themselves in a move which they claim places them at risk of attack.

Rail workers have told the union they have “had enough” the NBRU said. Siptu has said it was also aware of members “seriously” considering strike action.

However a spokesman for Irish Rail said the company was “prepared to share the benefits of increased productivity or cost savings “ with the workers and had been given no notice of any strike ballot.

In a statement the company said it was “in an ongoing process under the normal auspices of the Labour Relations Commission to discuss productivity with all grades of employees, including drivers”