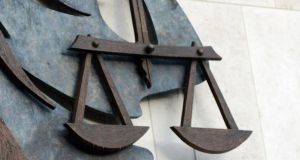 The judge said the accused had pleaded guilty to an offence of possessing the drug for sale or supply, knowing or being reckless to whether it was acquired for human consumption.

A 17-year-old has been sentenced to 12 months’ detention and supervision for possessing a psychoactive drug following a Garda investigation into the death of a teenager after taking the substance in Cork last year.

The accused, who cannot be named because he is a minor, had pleaded guilty to possessing the synthetic opioid U47000 for sale or supply to another person, knowing or being reckless as to whether that substance was being acquired for human consumption.

The teenager was charged with the offence by gardaí following an investigation into the death of Michael Cornacchia (16), who was found unconscious by his mother, Joan, at their home at Deermount in Deerpark on January 16th, 2017. He was later pronounced dead at the scene.

A postmortem revealed he had died from ingesting ecstasy and U47700 in what was the first known case of someone in Ireland dying from the synthetic opioid.

Judge Gerard O’Brien first heard details of the case at Cork Circuit Criminal Court last November when Det Garda Darragh Murray said a witness, who was a friend of the deceased, said he and the deceased had acquired 3.5g of what they thought was cocaine from the accused for €200.

The accused had also told gardaí that he believed what he had sold was cocaine but analysis revealed the substance contained traces of U47700, commonly referred to as U4, which was more than seven times stronger than morphine, said Det Garda Murray.

Defence counsel Jim O’Mahony SC said he did want to cause upset to the Cornacchia family but that he did not accept that the offence to which his client had pleaded guilty was the direct cause of anyone’s death.

The judge said the accused had pleaded guilty to an offence of possessing the drug for sale or supply, knowing or being reckless to whether it was acquired for human consumption.

“The consequence that flowed from the sale of this drug was the death of a 16- year-old boy,” he said.

Mr O’Mahony said the youth had shown “genuine remorse” after coming before the court because of “the tragic death of this poor unfortunate child” and he had begun maturing since entering into Oberstown and the staff there believed he was “a model” detainee.

Conditions of the supervision require the teenager to abstain from alcohol and illicit substances for six months following release, to attend rehabilitation, obey all instructions of the Probation Service for six months and keep the peace and to be of good behaviour for that period.