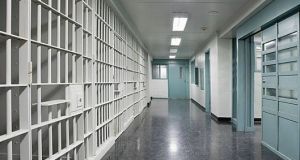 There were 872 seizures of mobile phones in Irish prisons in 2017. Photograph: Getty Images

The Department of Justice has been told the technology exists to install “overt or covert” surveillance to detect mobile phones in prisons even if they are turned off or have the battery taken out.

An industry source said the technology was not difficult to acquire, and was “relatively cheap”.

Latest figures show seizures of mobile phones in Irish prisons reached 872 last year. The Prison Officers Association annual conference in Kilkenny last month heard that if leading criminals can source mobile phones they can continue to direct their crime gangs from prison. Their violence and intimidation extended to targeting the families of other prisoners they were in conflict with while serving their sentences, the conference heard.

In 2015, then minister for justice Frances Fitzgerald revealed that prison authorities were considering a number of technologies aimed at blocking mobile phone signals in and out of prisons.

However, new technology has been developed that can alert officers to cell phones whether they are turned on or not, and even with no battery in the unit.

In the US and Britain the detectors have been installed in prisons, mental health facilities and other high-security units.

Some of the units are overt with flashing alarms and warning lights when a mobile phone passes it. However, some are covert, being built into the wall with a silent alarm ringing in the prison guards’ offices.

It is understood the machines cost about €2,500 each, and can be placed in circulation areas or cells.

A spokesman for the Irish Prison Service said officers already used hand-held devices to scan a prisoner’s cell for the presence of phones which can be as small as a car key. He said it was the service’s experience that most illicit phones in prisons were kept in cells.

Airport-style scanning and metal detector checks are already a feature in Irish prisons. However, it is understood a number of companies based in Ireland have approached the Department of Justice in recent weeks with proposals to detect the presence of phones in prisons.

The Irish Prisons Service has said it recognised that “constant improvements” were required in this area.