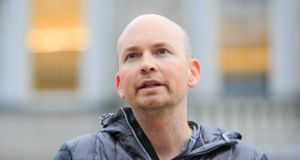 Rise TD Paul Murphy has hit out at Tánaiste Leo Varadkar who he claimed broke the embargo that no budget content was to be distributed before the two Ministers had finished their speeches.

He said the Tánaiste tweeted “large parts” of the speech of Minister for Public Expenditure Michael McGrath before he spoke.

The Dublin South-West TD said former commissioner Phil Hogan had previously had to resign as a minister of state over budget leaks.

In 1995 he stood down when budget details were leaked to a journalist before it was announced in the Dáil.

“I wonder whether there will be any consequences for the Tánaiste,” Mr Murphy asked.

He made the claim as he started his Dáil speech reacting to the budget.

He said to Ceann Comhairle Seán Ó Fearghaíl that at the start of the debate “you asked all the TDs not to distribute the content of the budget before the budget speeches were completed”.

“We weren’t permitted to take the documents out of the room but the Tánaiste did just that.”

He said that “before Minister McGrath had even stood up to deliver his speech the Tánaiste Leo Varadkar had tweeted out large parts of the budget contained in a speech that was yet to be given”.

“I can understand that perhaps he couldn’t contain his enthusiasm for another Fine Gael Thatcherite budget, but I do understand that Phil Hogan previously was forced to resign over leaking details of the budget.”

He asked if the Tánaiste would face any consequences.

Mr Ó Fearghaíl then quipped: “I suppose that is in case Morning Ireland or the national media missed anything so far.”