Survey reveals the most borrowed library books in Ireland 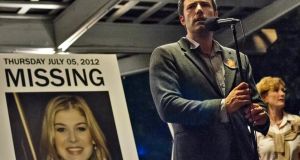 What do a disappearing wife, the driver theory test and a lot of wimpy kids have in common? They are among the subjects covered by Ireland’s most borrowed books from public libraries this year.

A survey of Ireland’s public library services by The Irish Times revealed that Gone Girl, by Gillian Flynn, the popular children’s book series Diary of a Wimpy Kid, by Jeff Kinney, and the Official Driver Theory Test feature frequently in the top five most borrowed book lists around the country.

Among adult fiction titles, Gone Girl was the most borrowed book in a quarter of the library services for which data was provided, leading the way in counties Cork, Clare, Cavan and Louth.

Two books by Tipperary author Donal Ryan were also high among the most borrowed adult fiction titles: The Spinning Heart and The Thing About December feature in 12 of 17 top five lists provided to The Irish Times.

Other adult fiction authors took top spot in various public libraries nationwide: Brooklyn by Wexford native Colm Tóibín was the top borrowed title in that area, while The Hundred-Year-Old Man Who Climbed Out the Window and Disappeared, by Jonas Jonasson, was the most borrowed title among readers in Dún Laoghaire-Rathdown.

Interactive map: what's being read in your area

When it comes to Ireland’s most read children’s books, one series reigns supreme. Jeff Kinney’s Diary of a Wimpy Kid topped the charts in almost half of the library services surveyed.

Cinderella was the top borrowed book among young readers in counties Sligo and Monaghan, while other popular children’s titles included The Fault in Our Stars, by John Green, The Witches, by Roald Dahl, and The London Eye Mystery, by Siobhan Dowd.

Driving the adult non-fiction category is The Official Driver Theory Test, which topped the most borrowed non-adult fiction list in nine of the 17 library areas surveyed .

Meanwhile, the memoir of Irish Times columnist Michael Harding, Staring at Lakes, was the most borrowed book in Cork city so far this year and the second most borrowed title in three other areas.

The variation in the non-fiction category depended greatly on the area: Come What May, the autobiography of former Cork hurling goalkeeper Donal Óg Cusack, was the most borrowed book in Co Cork, but nowhere else.

In Dublin, If Ever You Go: A Map of Dublin in Poetry and Song has been borrowed more than 1,900 times in the year to date, more than twice as many issues as its nearest rival. Also notable among the most borrowed books in Dublin city were two titles on mindfulness, The Mindful Way Through Depression and Wherever You Go, There You Are: Mindfulness Meditation.

Some 20 library services responded to the query by Friday’s deadline, 17 of which were in a position to provide data on the top borrowed books.