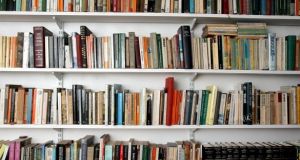 Library, clerical and administrative staff at institutes of technology across the Republic have commenced industrial action. File photograph: David Sleator

Library, clerical and administrative staff at institutes of technology across the Republic have commenced industrial action.

The the trade union Fórsa said the move formed part of a campaign aimed at securing a comprehensive job evaluation exercise.

Such an initiative could lead to staff receiving higher pay.

The Workplace Relations Commission has invited the union and management to talks on Tuesday in an attempt to find a resolution.

However the union said in the meantime the industrial action would continue.

Fórsa said last week that it had served notice to individual institutes of technology that, from Monday, its members would not engage in any form of communication including making and taking phone calls, video conferencing or responding to or forwarding emails.

The union said this followed more than three years of efforts to ensure the implementation of a commitment agreed in May 2015, as part of the negotiations that led to the Lansdowne Road Agreement, in relation to job evaluation for library, clerical, administrative and support grades.

On Friday the Department of Education said the current public service agreement precluded industrial action in relation to matters which were covered by the accord.

The department said it regretted any industrial action which impacts on services to students.