St Patrick’s Day: No place like no home for returning emigrants

Emigration’s tide is slow turning, as the stories of three homecomers show 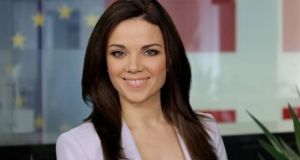 Elaine Stenson (33): “People seem to be more more optimistic now than they were when I left”

As soon as the crash happened, emigration reared its ugly head. Young and not so young people faced with few job opportunities felt they had little option but to try their luck elsewhere.

Now many Irish people who left during the bust are celebrating their first St Patrick’s Day at home for a long time.

According to a 2015 report by the OECD, more than one in six people born in Ireland were living abroad in 2014, the highest share of any country in the OECD.

However more recent figures show a shift. According to the Central Statistics Office (CSO), 1,000 fewer people moved out of Ireland in the 12 months to April 2015 than in the previous 12 months.

The latest figures are not due out until next month, but it would appear that to some extent the tide has been reversed.

One of those celebrating their first St Patrick’s Day in Ireland for several years is Martin Kelly (37). The civil engineer returned to Ireland last year after four years working in construction in Canada.

Kelly’s return was almost as accidental as it was unplanned. He was well settled in his new home and had worked on some multimillion- dollar construction projects when he was invited to a wedding in Ireland last summer.

While home, an acquaintance put him in touch with Flynn Management. This led to an interview and Kelly’s decision to up sticks and return. Today he is is part of a team building Twitter’s new Dublin headquarters.

“So I left. And I was glad I did. The money and the mood was a whole lot better than in Ireland,” he says.

Canada was “good craic”, but after a while he began to miss family, friends and the big events. “But I always said that I had to leave, and that it was what it was.”

Then the wedding invite happened. He recalls going for breakfast with his folks near their home in Enfield, Co Meath. As they sat in the cafe, he noticed people coming in wearing high-vis jackets.

“I hadn’t seen that for six or seven years,” he says. “It was a sign the building trade was ramping up again.

“I have also noticed a big uplift in the mood in Ireland. When I came home it was easy to see that people weren’t as tense as they used to be. It felt as if the mood had changed.

“Now I am coming in and out of Dublin every day and the roads are packed,” Kelly says. “The trains are packed. There is a buzz about the place. I think I have settled here for good now.”

Stenson has now returned home, where she has noticed a big change in mood.

“People seem to be more more optimistic now than they were when I left. The same stories are appearing across the media, such as enduring problems with the health system, but the atmosphere has changed for sure.”

Stenson is looking for a job, but is a whole lot more confident that her search will be more fruitful now than it would have been just before she left.

Enda Kelly, from Abbeyleix, Co Louth also works with Flynn Management as a quantity surveyor and is currently involved in a “heavy refurb” of the Twitter building. He returned home almost on the spur of a moment last year.

When he left Ireland he felt like he had no choice.

“There was absolutely nothing going on,” he recalls. “I was really sad leaving. It was very hard to leave my friends and my family behind and all the things that had been my world for my whole life.”

Kelly worked in Brisbane and Darwin, “but it always felt like I was just passing through, living a transitory life. I couldn’t do the gardens in the houses I lived in or decorate or anything.”

He says his decision to come back to Ireland was “spur of the moment”. He had turned 30, was out to dinner with his partner, and said simply: “I’d love to go home”.

The upshot: “I sent a CV on a Sunday and had a job offer on the Tuesday.”

While Kelly had niggling fears about job security, he is confident he made the right call.

“Most of my college class emigrated, but they are slowly coming back now,” he says. “I am delighted to be home. It is a weight lifted off my shoulders.

“I had a great experience out there but I am home and it’s great to be involved in stuff again.”