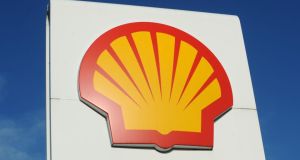 Outgoing head of Shell E&P Ireland Michael Crothers has said that the Irish planning system is ‘adversarial’, and mediation could replace ‘resorting to the courts.’ File photograph: Anna Gowthorpe/PA Wire

Outgoing head of Shell E&P Ireland Michael Crothers has said that the Irish planning system is “adversarial”, and mediation could replace “resorting to the courts”.

Mr Crothers, who has recently been transferred to Shell’s North American gas business after just three years with the project, also said that the multinational “could have done a better job of engagement” when it became involved in the Corrib gas project in north Mayo.

“Shell and the community share much in common on how the regulatory process could be improved, and many constructive changes have been made by regulators,” Mr Crothers says in an interview with this week’s The Mayo News .

“On the other hand, some investors have said that the Corrib experience has discouraged them from coming to Ireland,” he said.

Mr Crothers said that there remains a “significant opportunity” to “simplify the planning and consent processes to remove duplication and uncertainties without eroding the high standards”.

“Unlike other countries, the systems in Ireland are quite adversarial and could be transformed to bring the community, companies and regulators together to resolve issues in an open and respectful manner.

“As part of that approach, mediation has long been a success elsewhere, rather than resorting to the courts,” he said.

Legal costs have contributed to the bill for the project, reported at about 3.4 billion euro - over four times the original estimate.

Gas is due to flow later this year, following completion of a 5km pipeline through a special area of conservation, carrying the last section of pipeline to the inland refinery at Ballinaboy.

The tunnel route was designed after An Bord Pleanála ruled that half of a proposed previous route - amended by the developer to avoid housing at Rossport - was unsafe.

The company has recently been engaged in testing at Ballinaboy, which involves “flaring” or burning off waste gas from the Bord Gáis network.

Flames were so high on November 28th, 2014 that Belmullet fire brigade confirmed that it was called out after a local resident mistakenly thought that local forestry had caught fire.

Shell E&P Ireland said that the fire brigade “did not attend the Ballinaboy bridge gas terminal” on that date, and said there had been “no emergencies on site”.

The Environmental Protection Agency (EPA) has said that flaring is covered under its original integrated pollution prevention control licence (IPPC), which the company was permitted to fall back on after a modified licence was quashed in the Commercial Court in 2013.