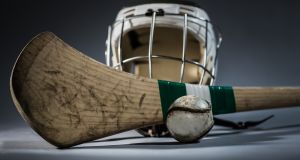 A GAA club close to the Midlands meat factory that has Covid-19 outbreaks has shut down all activity after a small outbreak of the disease among players.

Timahoe GAA club in Co Laois was forced to abandon an intermediate match against Crettyard on Thursday evening after two hurling players - who play in a joint team with Timahoe and neighbouring Park and Ratheniska - tested positive for coronavirus.

It is understood one of the players works for The Kildare Chilling Company meat plant in Kildare town.

Management at the company, which employs 350 people, has confirmed a “number of Covid-19 cases” at the factory but declined to disclose the exact figure.

It is also understood none of the players at the Timahoe club worked at the Brady’s Ham plant, which has shut down all processing after a huge outbreak, infecting more than a quarter of its staff.

Some 26 players at the Timahoe club have been tested, and the results of some are still pending.

All players who have been tested have been ordered to self-isolate for 14 days.

One of those infected had mild symptoms and the other was asymptomatic, it is understood.

It is the second GAA club in the Midlands to suspend all activity over Covid-19 within days of each other amid the meat factory clusters.

Ballinabrackey GAA club in Co Meath confirmed one positive case among its players.

“We have and continue to follow all relevant guidelines and protocol from the HSE and GAA,” it said in a statement.

“We would request understanding in the current situation and a level of respect to both the individual and the club.”

Meanwhile, Irish Dog Foods in Naas, which remains shut down for a second week after at least 30 to 40 cases were confirmed at the plant is to reopen on a “phased” basis on Monday.

A company spokesman refused to disclose the total number of staff who have tested positive to date for the virus but said all employees were tested and have been provided with “appropriate advice”.

“In the period while the facility was closed, it has undergone a thorough deep clean,” he said.

“Our current plan, in consultation with the HSE, is to commence a phased re-opening of the facility on Monday 10th, August.”

Workers are to undergo “additional return to work Covid awareness training” while “all who have tested positive will have return to work consultations with our company doctor.”