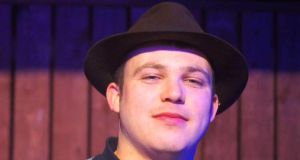 His father John Healy raised the alarm when the 24-year- old lobster fisherman failed to return to port on Wednesday evening.

A comprehensive air and sea search began at 8pm on Wednesday and a wreckage, thought to be the vessel used by the young fisherman, was found on Carbery Island.

The Coast Guard helicopter Rescue 115, RNLI lifeboats from Castletownbere and Baltimore and the Naval Service patrol ship LE George Bernard Shaw are participating in the search.

The town of Goleen and the local fishing community turned out in force to aid the search operation which is primarily targeting an area of Dunmanus Bay where Mr Healy was understood to have been tending to lobster pots.

He was fishing alone at the time.

1 Coronavirus: HSE experts support the early reopening of schools
2 Quarantine may be lifted for arrivals into Ireland from countries with low Covid-19 cases
3 Irish planning for no-deal Brexit to restart as EU-UK talks go badly
4 The momentum behind calls to ease lockdown may become irresistible for politicians
5 All students will not return to school even if social distancing relaxed – McHugh
Real news has value SUBSCRIBE